Russell: We are on this roll at the moment and I’m buzzing 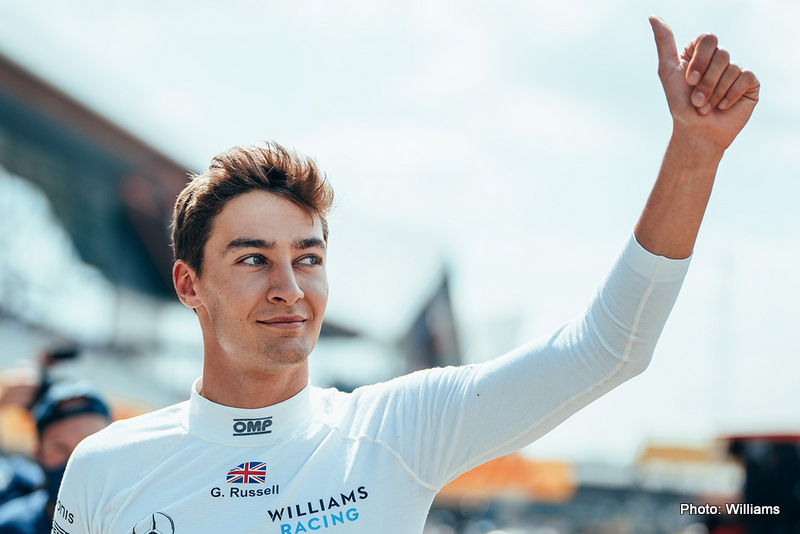 George Russell was delighted after putting in a sensational qualifying performance at the British Grand Prix as he went eighth quickest for Williams.

Russell has long been known for his skills over one lap but put in perhaps his signature performance on Friday evening at Silverstone, beating a Ferrari and Aston Martin in Q3 on his way to P8.

While his teammate Nicholas Latifi managed just 18th, Russell made it through Q2 in seventh and was competitive throughout Q3 as his performance brought huge cheers from the home crowd.

“Incredible. Damon Hill told me the crowd’s worth a second,” he said. “I thought he was lying but maybe he was right.

“Incredible support and amazing feeling, second Q3 with Williams on the bounce. We are on this roll at the moment and seeing everyone, everything together. It is just great. Buzzing, to be honest.”

Remaining in the top 10 will be challenging for Russell this weekend given the addition of a 100km Sprint Qualifying session on Saturday, but he confirmed he would be putting it all out there, all weekend.

“It is only Friday,” he added. “We have a long way to go, but to get into Q3 in front of my home crowd is amazing. We have real chance this weekend and we’re going for it.”

What a feeling… your support was something else today!

We did that together. Thank you. 🇬🇧❤️