Russell: I won’t be driving for Red Bull next year 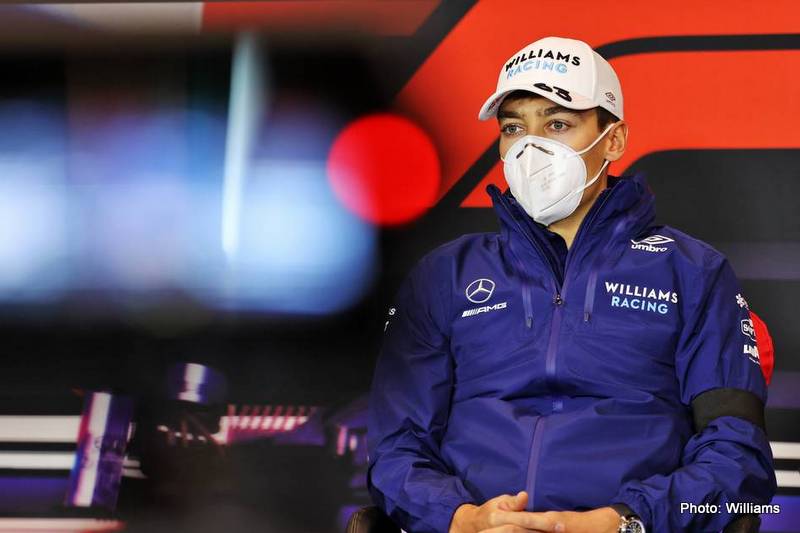 George Russell has ruled out an off-season move to Red Bull despite his future with Mercedes remaining up in the air ahead of the 2022 campaign.

Russell is out of contract with Mercedes at the end of this season and has driven for Williams for last past three seasons, with many tipping him to replace Valtteri Bottas alongside Lewis Hamilton.

Hamilton recently signed a two-year extension with Mercedes, but the team are yet to give an indication of their preference between either Russell or Bottas as his teammate.

Red Bull advisor Helmut Marko has also thrown the Milton Keynes team’s name into the ring, claiming that the 23-year-old would be “worth considering” should he not earn a seat at Mercedes.

However, the Brit has since said that a move to Red Bull will not happen due to his loyalty to the Brackley outfit.

“It’s always nice to hear nice things from respected people in the paddock, no doubt,” Russell told the Express. “But obviously, I’m a Mercedes driver and I’m loyal to everybody there.

“So, you know, they’ve stood by me, I’ve stood by them. So obviously nice to hear people saying that, but it changes nothing. And I won’t be driving for Red Bull next year.”

Russell heads to the British Grand Prix this weekend with Sprint Qualifying on his mind, with the 2018 F2 champion confirming that he would use the new format as an opportunity to attack.

“It’s going to be interesting,” he said. “It’s all a bit of an unknown for everybody but we’re in a good position.

“There will be a lot of midfield drivers taking a bit of caution because they just want to finish and be in a half sensible position for Sunday.

“For us who are often in the P12 to P15 range, there’s an opportunity to go slightly more on the attack and take advantage of those drivers just trying to secure a sensible place finish for Sunday. We have to be the ones to make the most of it.”