Hamilton: It was reminiscent of my first Silverstone pole in 2007 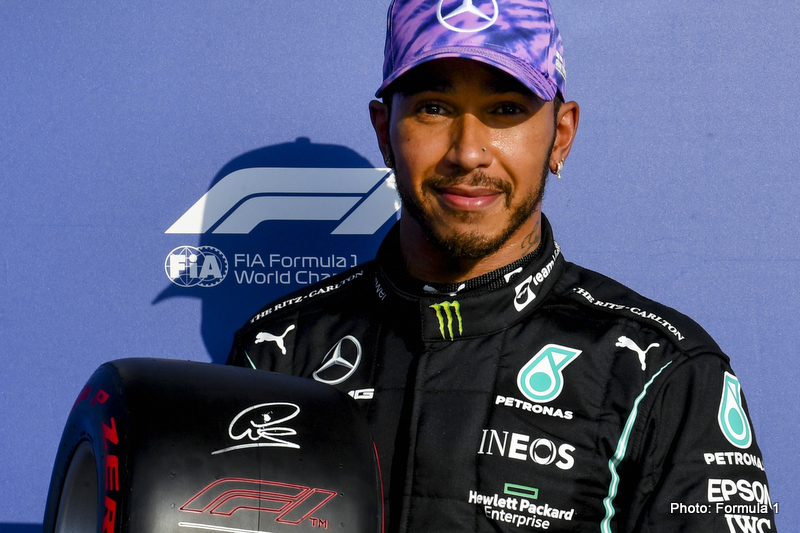 Lewis Hamilton credited the raucous Silverstone crowd for powering him to a classic qualifying performance ahead of the British Grand Prix.

While it will not go down as a pole position due to the introduction of Sprint Qualifying, it was a result that clearly meant a lot to the seven-time world champion and his Mercedes team after a run of five consecutive wins by Red Bull.

Hamilton is 32 points adrift of rivals Max Verstappen, but can pick up an additional three points for winning tomorrow’s sprint race, before the usual points come on offer during Sunday’s Grand Prix.

The 36-year-old set the fastest time of anyone during his first Q3 run, and looked set to improve through the first two sectors of his second lap.

However, a couple of mistakes in the final sector prevented him from improving, granting Verstappen the chance to go quickest.

Verstappen though could not quite summon the lap, finishing the session 0.075 seconds adrift.

“We have been missing this for a whole year,” Hamilton said afterwards as he addressed the bumper crowd.

“I’m so grateful to see everyone here – we’ve missed you for a whole year. To come to the Silverstone grand prix and have a full crowd like this, you see the energy and when I was coming into it with the great work we’ve done together in the team plus the energy of the fans would give us there.

“This is down to the fans I think.”

Hamilton added: “Red Bull were very quick in that practice session but we were staying very focused on our job and trying to layer up. I was in the sim this morning using it as a practice session because it’s the first time we’ve ever had a morning free, just putting in the time and to give absolutely everything. Leave no stone unturned.

“That first lap was great. The second one was looking even better but just lost the back end in that last corner, so my heart was in my mouth as I crossed the line. But I could see the crowd and it was really reminiscent of my first pole here in 2007.”