Bottas: I was the first one out in free air with no tow 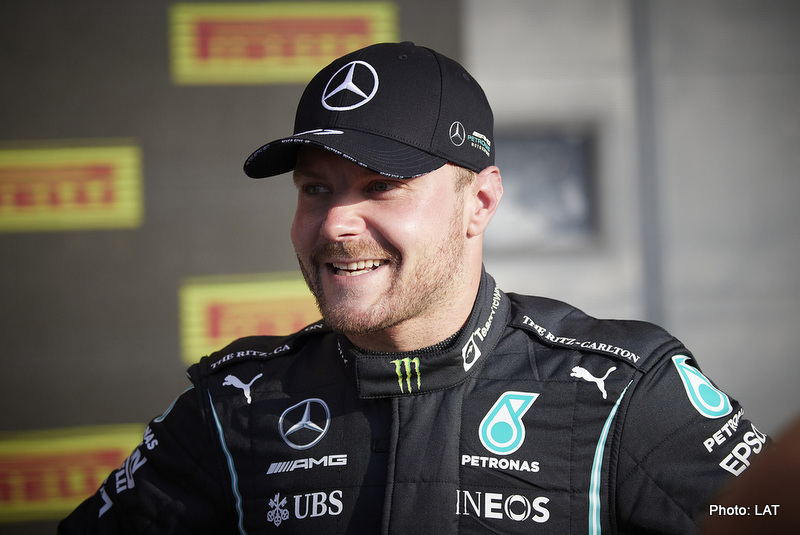 Mercedes driver Valtteri Bottas was pleased with his showing during qualifying for the British Grand Prix, especially given his lack of a tow throughout.

It was Lewis Hamilton who went quickest in a tense session at Silverstone, with Bottas third, 0.194 seconds adrift of his teammate.

Max Verstappen finished up second, ending his run of three consecutive poles, but there will be plenty to play for all weekend, with a 100km Sprint Qualifying session on Saturday added to Sunday’s Grand Prix.

Bottas is yet to win a race this season and was used to assist his teammate throughout qualifying by offering him a tow, but nonetheless described his best Q3 lap as “really good”.

“I think the last lap was really good, I was the first one out in free air with no tow so if I consider that, it was a good lap,” he said.

“As a team we are at the front in the fight which is great to see – Red Bull looked strong in Practice and it was a bit worrying but it’s all to play for.

“Today was only Qualifying, we have the Sprint Race tomorrow with lots of opportunities and I’m looking forward to it – as a team we’ll try to get the best result. It was great to feel the energy and the atmosphere of the crowd today, it’s really cool to see the fans here.”