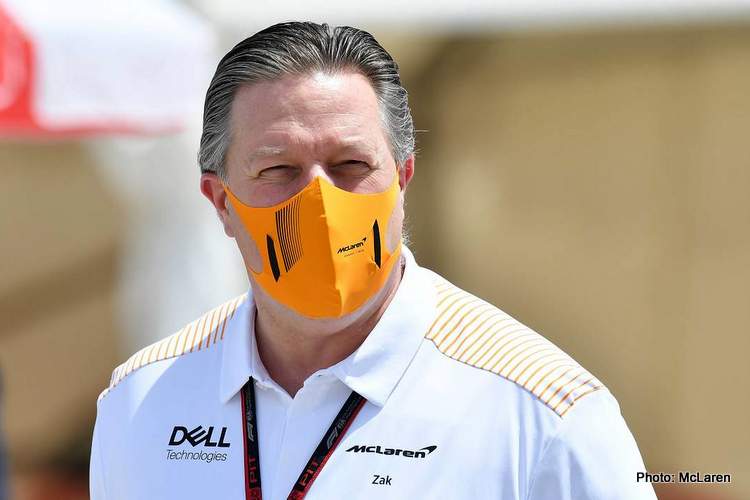 Three McLaren team members, including CEO Zak Brown, have tested positive for COVID-19 ahead of the British Grand Prix this weekend.

McLaren have confirmed that neither Lando Norris nor Daniel Ricciardo have been listed as close contacts and will be free to drive.

The team’s statement read: “McLaren Racing confirmed today that three team members, including CEO Zak Brown, tested positive for covid-19 during the team’s rigorous testing programme before the British Grand Prix. Neither of our drivers are close contacts.

“All three cases are unconnected and now isolating in accordance with government guidelines. The team’s operations for the British Grand Prix are unaffected.”

We wish all three a speedy and safe recovery.