Marko: This is the best Gasly we have seen so far 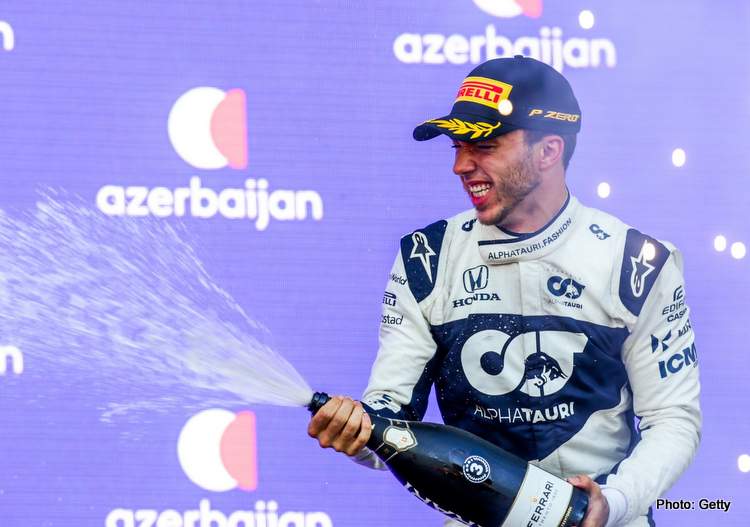 Red Bull advisor Helmut Marko has been thoroughly impressed with the recent form of Pierre Gasly at AlphaTauri, claiming he is driving as well as he ever has.

The 25-year-old currently sits ninth in the drivers’ championship, having scored points in seven of his last eight races, including a podium at the Azerbaijan Grand Prix.

His qualifying form has been even more spectacular, with Gasly starting from inside the top six on seven occasions already.

Asked what he thought of the Frenchman’s recent assertion that he was driving the best he ever has this season, Marko told Motorsport-Total.com: “I agree with him completely, this is the best Gasly we have seen so far.”

However, the Austrian admitted that no talk of a Red Bull had taken place: “At the moment, this question does not arise. But of course there is a danger when you’re next to Verstappen, you can see how Perez struggles in qualifying.

“But Gasly has changed. I had a long conversation with him recently in Graz. He wouldn’t react or perform the way he did back at Red Bull Racing.”

AlphaTauri are currently fifth in the drivers’ championship, but Marko believes they could challenge McLaren and Ferrari if teammate Yuki Tsunoda is able to up his game.

“Yes, that would be possible,” he replied when asked if they could climb up the constructors’ standings.

“One side is that Tsunoda doesn’t regularly finish in the points, which Gasly already does. The other is that AlphaTauri have had two or three races where they haven’t been able to call up the potential of the car.

“But in general, yes, that’s the goal. And that’s also the reason why we’re sticking with Gasly as team leader of AlphaTauri.”