Wolff: Racing on the Hamilton Straight will be special 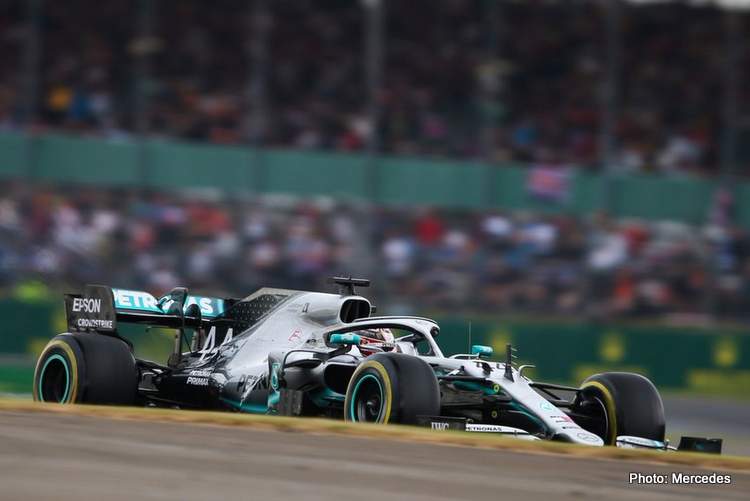 Toto Wolff has admitted that racing down the Hamilton Straight at Silverstone will be a special moment for driver Lewis Hamilton and the whole Mercedes team.

The straight was named in honour of the seven-time world champion last year, with Formula 1 returning to Silverstone for the first time since for the 2021 British Grand Prix.

While it is a circuit Hamilton has dominated in the past, Mercedes enter the weekend on the backfoot in their title battle with Red Bull.

Hamilton is 32 points adrift of Max Verstappen, while Mercedes are 44 points behind Red Bull in the constructors’ championship.

Despite the circumstances, Wolff said that the team would do everything to give Hamilton and teammate Valtteri Bottas a car capable of fighting for the win.

“This year we’ll be racing on the Hamilton Straight for the first time, which will be a special moment for Lewis and the whole team,” he said.

“I can’t think of another example of an active driver being honoured in this way by a circuit – it’s testament to what Lewis has achieved in this sport so far in his career. But I know come Saturday and Sunday, his only focus will be fighting for maximum points in this colossal championship fight.

“Silverstone is an incredible track, fast and flowing, and one that we hope should suit our car better compared to Spielberg. We also have a few small updates on the car, and we look forward to seeing how they perform. We know we need to give Lewis and Valtteri the car to perform at Silverstone and everyone at Brackley and Brixworth is working flat out to deliver it.”

This weekend also marks the introduction of the new Sprint Qualifying format, something that Wolff said would cause the team to adapt their approach.

“The first weekend with the new sprint qualifying format brings a fresh challenge for all teams,” he added.

“With just a single one-hour practice session ahead of the Friday qualifying session, and the cars’ configuration fixed from the beginning of standard qualifying on Friday, whoever can get up to speed quickest will carry an advantage through the weekend.

“We will be adapting our approach and running plans to ensure we are best prepared for every aspect of the new challenge,” Wolff concluded.