Hill: I think Hamilton will get a good result at Silverstone 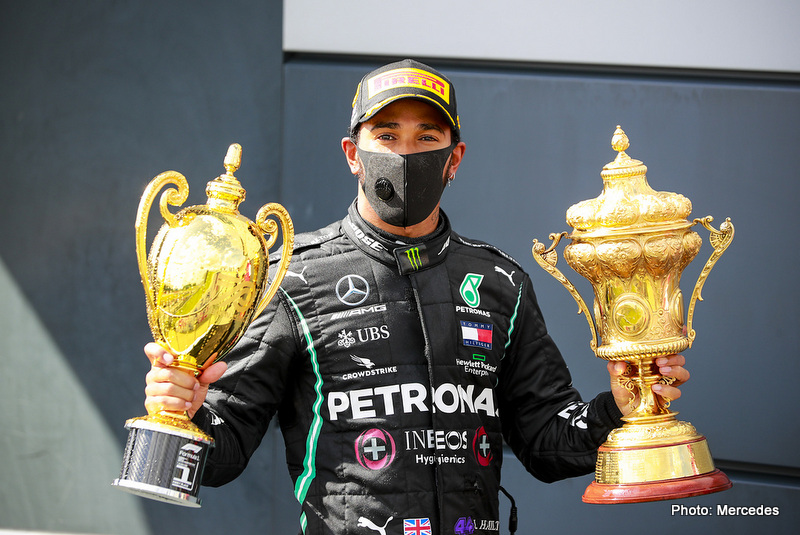 Damon Hill has backed Lewis Hamilton to bounce back at the British Grand Prix after watching Max Verstappen win the last three races in a row.

Hamilton has won a record seven times at Silverstone, but finds himself 32 points adrift of Verstappen in the drivers’ championship after the first nine races of the 2021 season.

The Mercedes driver recently signed a new two-year contract with the team as he seeks a record breaking eighth world championship title, and will be desperate to get his bid back on track with a victory on Sunday.

While Red Bull were dominant at the Red Bull Ring in Austria, Hill believes that Silverstone may see the balance of power shift back towards Mercedes, who are set bring upgrades to this weekend.

“Something has to swing Lewis’ way for it not to look like it is going to be a rout by Red Bull and Max Verstappen,” the 1996 Formula 1 world champion told Sky Sports F1.

“Mercedes have got some updates coming and typically Silverstone has been a good circuit for them. Lewis is not going to give up easily, but he needs a good result this weekend. I think he is going to get it.”

Hamilton has dominated the past two seasons, with Sebastian Vettel and Ferrari the last genuine title challenger he faced back in 2018.

“In the past years, we knew it was going to be a Mercedes championship and probably Lewis Hamilton’s championship after just three or four races,” added the 36-year-old’s former teammate Jenson Button.

“But this year, he has a challenge on his hands. I know Lewis is behind Max in the championship but he will be fighting him later in the year and Silverstone is a circuit where Mercedes’ car works well.”