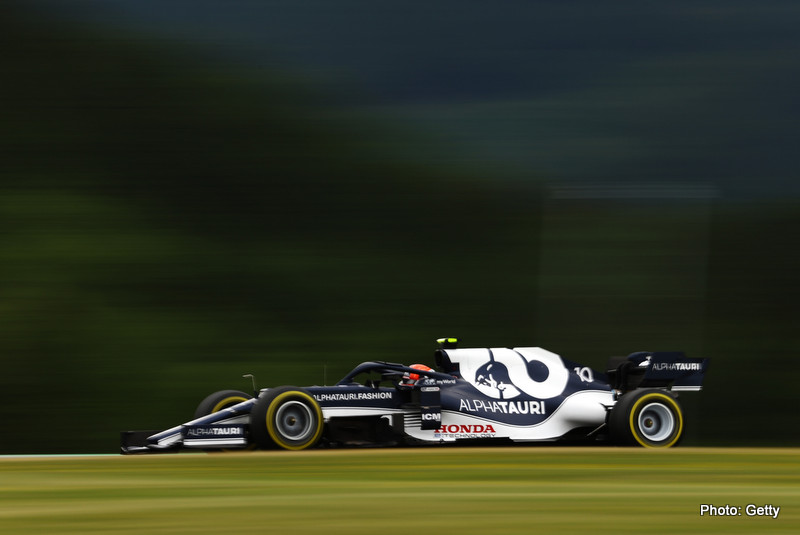 Pierre Gasly believes that finding the right set-up early on will be more crucial than ever at the British Grand Prix due to the new Sprint Qualifying format.

The new race weekend structure is being trialled for the first time at Silverstone this weekend, with traditional qualifying switched to Friday afternoon.

As a result, the drivers will have just one practice session to refine their approach before heading into a qualifying session that will determine the grid for Saturday’s Sprint Qualifying, which in turns sets the grid for the Grand Prix.

“The biggest change this weekend will be the race on Saturday, which means we only get one free practice session to set up the car before Qualifying,” Gasly said. “That’s a major change, so it will be even more important than usual to be very well prepared before going out on track for the first time.

“We will need to have a good baseline in terms of car set-up right from the start. The new format means how the car works in race trim takes on greater importance and we know this is where, maybe, we have a bit more work to do compared to how the car has been performing in Qualifying. I think generally that is because we over-perform in Qualifying, doing better than some other teams that struggle a bit with quali and then, in the race, we are more or less where we ought to be.”

Gasly has been in outstanding form to start the 2021 Formula 1 season, scoring points in seven of the last eight races.

Last time out in Austria he finished ninth, and appears pleased with the competitive position that AlphaTauri are in heading to Silverstone

“But overall, it should be fine, because we saw in Austria, running a different strategy, we finished four or five seconds off the top five,” Gasly added.

“So, even if we have a bit more work to do for the race, we are nevertheless in the mix, which is definitely positive. We’ve worked a lot with the engineers, and I’ve been in the simulator, looking at all the possible scenarios for the new format with the Sprint Qualifying race. It should be good fun. We’ve also got new tyres from Pirelli. It’s been done mainly for safety and from what I experienced, trying them in Austria, I think they will feel pretty similar.”