Vasseur: Raikkonen talks wait until last part of the season 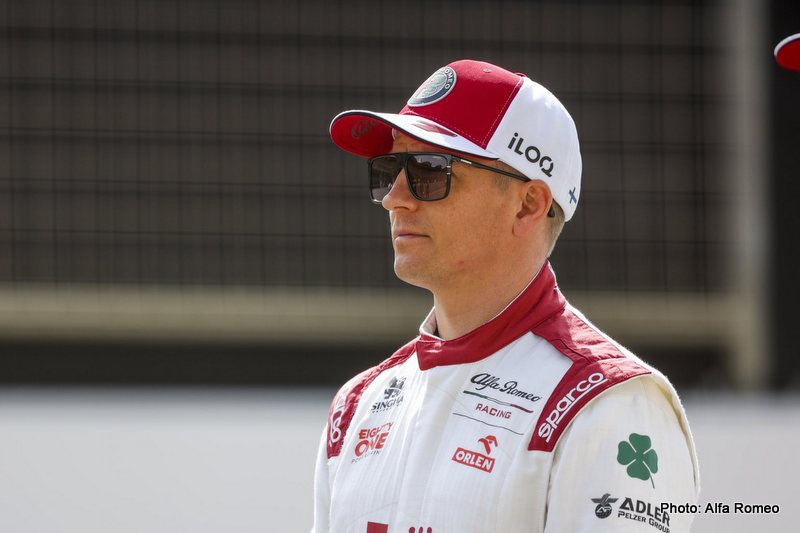 Alfa Romeo boss Fred Vasseur has revealed that the team will wait until the “last part of the season” before opening talks over a contract extension with Kimi Raikkonen.

The 41-year-old is out of contract at the end of the season, as is teammate Antonio Giovinazzi, with his future at Alfa Romeo going forward in doubt.

Raikkonen has picked up just one point in his third season with the team and has struggled by comparison with Giovinazzi in terms of one-lap pace.

However, the Finn’s race pace has continued to impress, while he has shown no outward intention to exit Formula 1 in advance of the new regulations, which will be introduced next season.

Asked about the prospect of talks with Raikkonen, Vasseur said that given the busy schedule they would have to wait for now.

“We are working together,” he said.

“We have tons of races in a row in the last two or three months, and I think that we’ll discuss together on the last part of the season, not before.”

Alfa Romeo have had the same driver line-up for the past three seasons, with Giovinazzi currently filling the seat managed by Ferrari.

Looking ahead to the team’s options for next year, Vasseur said that the uncertainty would keep the current drivers on their toes, while referencing the potential for moves elsewhere as a reason to wait.

“To keep the system under pressure is always a good thing,” he added.

“Secondly, we don’t know what could happen around us in the junior series, at the top of the field and so on. You don’t have to take this kind of commitment today.”

“We know perfectly that the grid will be fulfilled by the top, that Toto Wolff will take his own decision and then Horner, and then at one stage it will come to us,” Vasseur continued.

“But no, we are not in a rush to take this kind of decision. Things are moving, for sure we have the question mark around Kimi, but Antonio is improving and I want to keep the same buzz until the end of the season.”