Wolff: I’m a sceptical person, but I’m seeing the positives 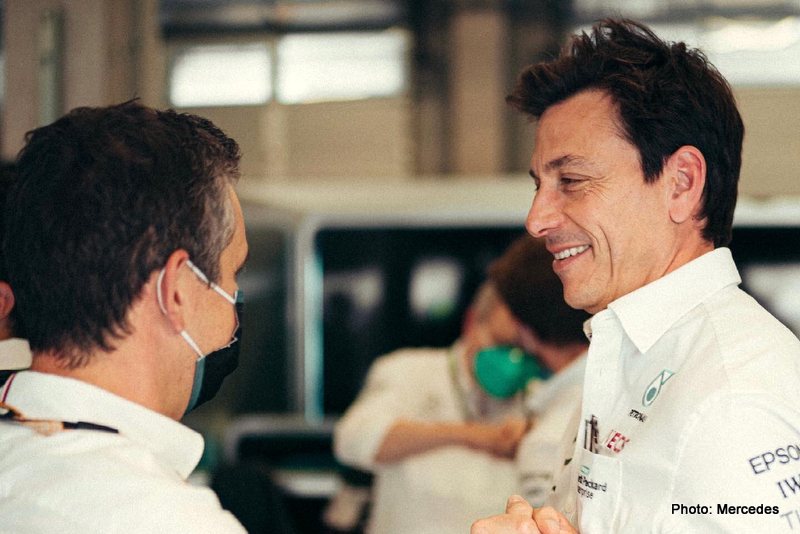 Toto Wolff is choosing to look on the bright side after a difficult three-week spell for Mercedes as they fell behind in both the drivers’ and constructors’ championship.

Red Bull have won the last five races in a row, with Max Verstappen taking victory in the past three.

As a result, the Dutchman has been able to build a 32-point lead over Lewis Hamilton, while Mercedes are 44 points adrift in the constructors’.

With 13 races left, following the cancellation of the Australian Grand Prix, there is still plenty to play for, and Mercedes are likely to look stronger by the time the British Grand Prix rolls around, given their relative weakness at the Red Bull Ring.

“We never resign any battle, it’s the last things we do,” Wolff said. “I am always a sceptical person, half-empty glass, but I am seeing the positives.

“We have 13-14 races to go. We are one retirement away from Red Bull, no more, and we have lost more points than we should have lost to our own mistakes.

“Clearly in Austria the last two races we did not have the performance we must have in order to fight Red Bull and we need to get our act together in every single area and hopefully perform better on the other tracks.”

Hamilton finished fourth at the Austrian Grand Prix after picking up damage during the race, with the reigning champion allowing Verstappen to extend his advantage by 14 points in the process.

The Brit is targeting a record eighth drivers’ championship and Wolff said that the team would be defiant and refuse to accept defeat.

“Losing 13 or 14 points is not great but this is still the long game,” he added.

“It is against the odds for us now, and that’s clear because they have a performance advantage and you can see that.

“But all these years I have tried to keep our feet on the ground by not being carried away with performance and now I need to do the opposite.

“So we need to see things optimistically rather than pessimistically like we have done in the past.”