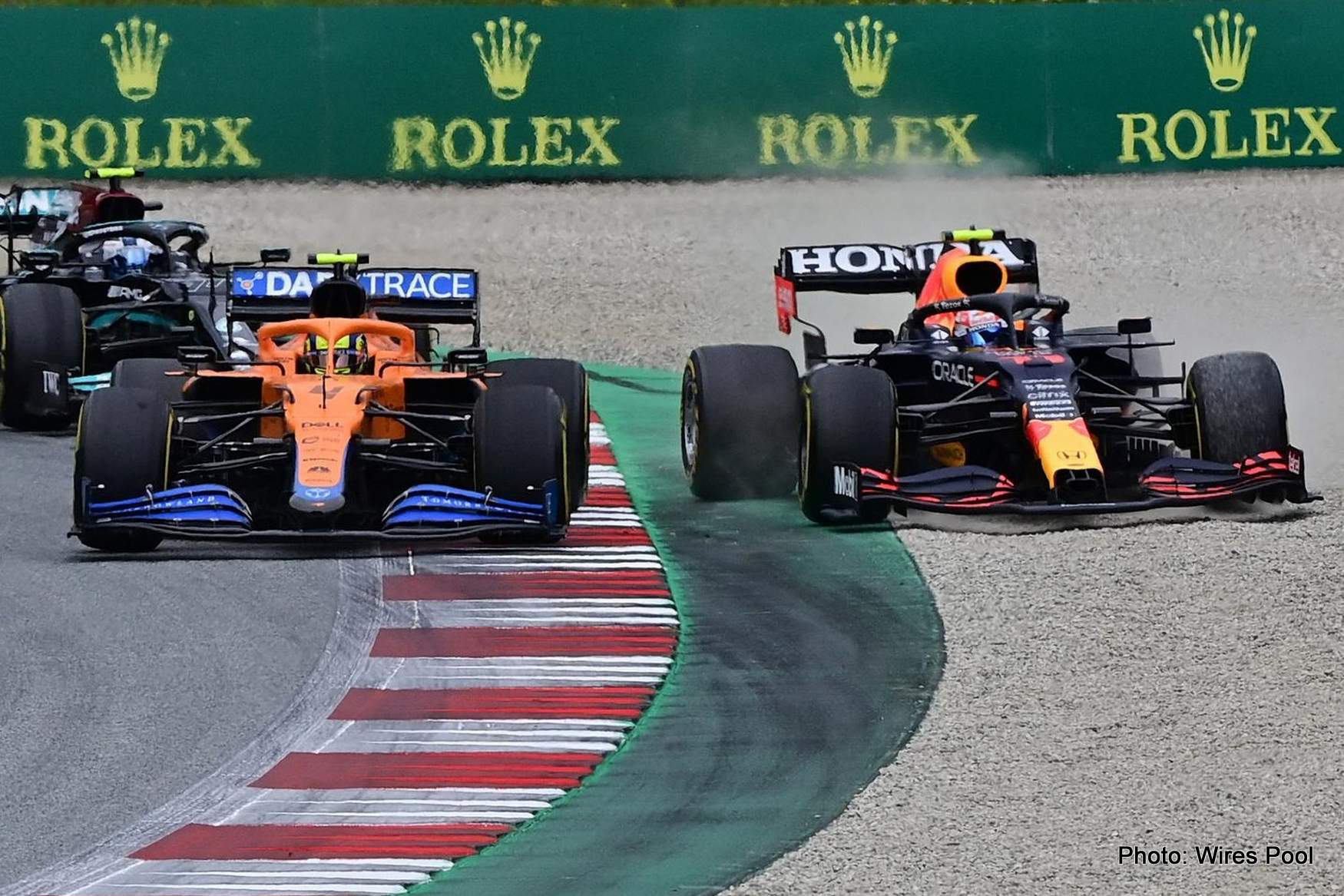 Red Bull team boss Christian Horner believes a slew of penalties dished out during the 2021 Austrian Grand Prix goes against the spirit of ‘Let Them Race’ which Formula 1 is pushing for.

On Sunday, Max Verstappen obliterated his rivals on his way to an unhindered victory at Red Bull Ring, while teammate Sergio Perez was in the wars, penalised twice for his ‘indiscretions’ during the 71-lap race.

What should have been a first and second for the Bulls, on the day, was instead first and sixth as the Mexican was the victim of far too many incidents.

Reacting to that, Horner told reporters after the race: “You don’t want the equivalent of footballers taking a dive, we need to avoid that.

“I know it’s incredibly difficult because we talk about these things very often, and it’s difficult for the race director, but I did feel that maybe the incidents that we did see could have been leant to more racing incidents than been deserving of penalties.”

Horner acknowledged that Perez was unwise to try to pass Lando Norris for second place, around the outside of Turn 4, a move that seldom, if ever, succeeds: “The incident between Checo and Lando, that’s racing. You go around the outside, you take the risk, particularly when you’re not in a position of being ahead.

“But I think the FIA, after awarding that penalty, had to award a penalty for a very similar move with Charles. These guys have raced in karting from when they were kids and know if you go around the outside you take the risk, particularly if you’re not ahead.

“So yeah, I think the penalties were a bit harsh and it sort of does slightly go against the ‘Let Them Race’ mantra that we’ve been championing in recent years,” added Horner.

Regarding the situation with Perez, Horner said he had not been too impatient: “I think he knew that it was going to be very hard to pass Lando because he was so quick on the straight. He was trying to get the move done quickly, and obviously, it was a shame at that point to lose your buffer with Mercedes.”

“He then picked up another couple of penalties with Charles. But I think once he managed to get himself past Daniel Ricciardo and into clear air, then he drove incredibly well. He got his head down and built that 10 seconds by the end of the race to Daniel,” pointed out the Red Bull team principal.

After nine rounds of this year’s championship ticked off, Red Bull are in charge of both title races; the team heading the F1 constructor’s standings by 44 (!)  points from Mercedes, and Verstappen has a 32 point lead over Lewis Hamilton in the F1 drivers’ points table.