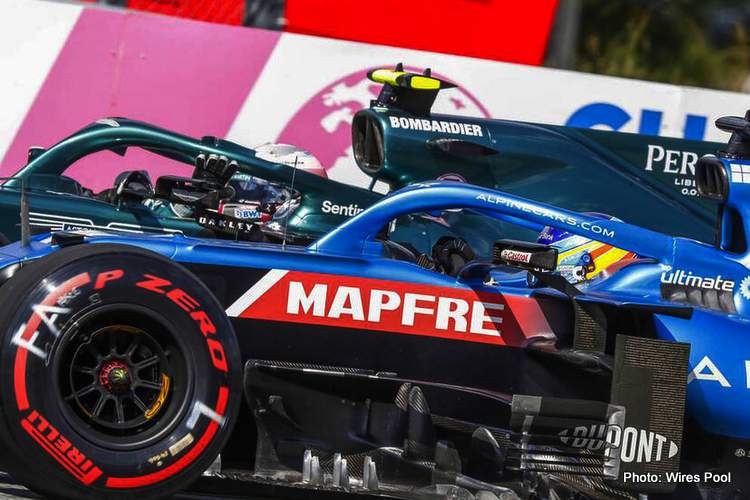 The Formula 1 stewards also handed out one penalty point for the incident, with double world champion Alonso having to abort his flying lap in the second phase of qualifying and ending up 14th on the starting grid.

Vettel qualified eighth and will still start ahead of Alonso. The German was seen apologising from his cockpit as the annoyed Spaniard passed the dawdling Aston Martin.

The four-time F1 World Champion said in his team report: “It is a shame that Fernando had his lap impacted during Q2. I am sorry for him because there is nothing he could have done

“All the drivers agreed yesterday to slow down on the straights between Turns Eight and Nine, which I did, but other drivers jumped the queue, then slowed down in the final corners, which is not allowed. That backed me up as well. It is a strange situation and something that is really difficult to avoid,” explained Vettel.

Despite his understandable fury in the cockpit while it happened, Alonso was quick to exonerate his great rival: “It’s not Seb’s fault and, as drivers, we’re relying on our engineers to communicate things that are happening on track.”

Vettel’s demotion lifts Williams’ George Russell to eighth on the grid instead, with Aston Martin’s Lance Stroll and Ferrari’s Carlos Sainz also moving up a place. (Reporting by Alan Baldwin) with additional reporting by GP247)

The day ended with a three-place grid penalty but that doesn’t take away from his pace.