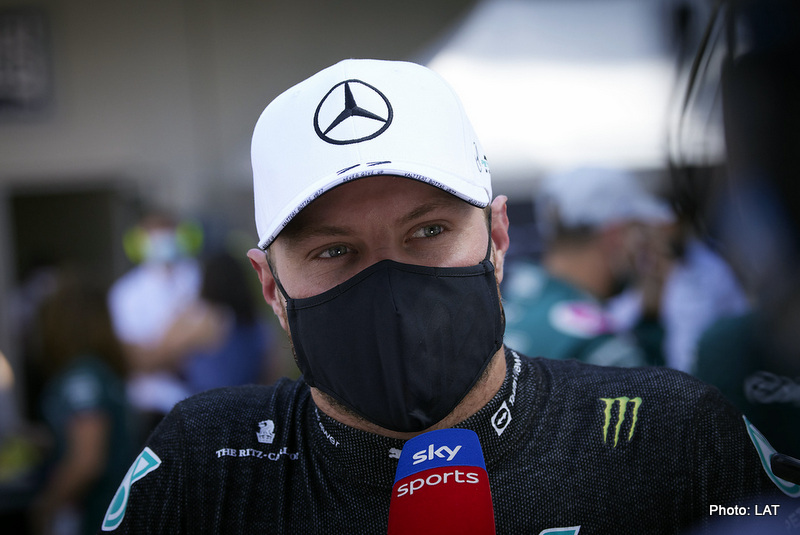 Valtteri Bottas was satisfied with his afternoon’s work at the Austrian Grand Prix, with the Finn securing his best result of the season in second.

Starting fifth, Bottas benefitted from an early incident involving Lando Norris and Sergio Perez, which led to Norris picking up a five-second penalty, while damage sustained to Lewis Hamilton’s Mercedes saw him leap into second.

It has been a difficult season so far for the Finn, who has largely had to play back-up to his teammate, but was allowed to race Hamilton on this occasion and was able to get the job done.

Despite the result Bottas remains fifth in the drivers’ championship, but he appeared buoyed as his attention turns to the British Grand Prix at Silverstone, where Mercedes will be hoping to bring a more competitive package.

“For me personally, P2 one place better than last week and I started from fifth so not a bad afternoon,” he said. “I think as a team we got some decent points considering the gap we have to Red Bull in terms of pure pace.

“For me it’s nice to be on the podium again in second place and I think we really maximised what we could get today. The tyres held on pretty well today which was a surprise. Next two weeks of hard work and learning then Silverstone, it will be great to see the fans there and I hope we can pick up our pace to give it a real fight there.”