Russell: Yes! On the mediums! Come on boys! 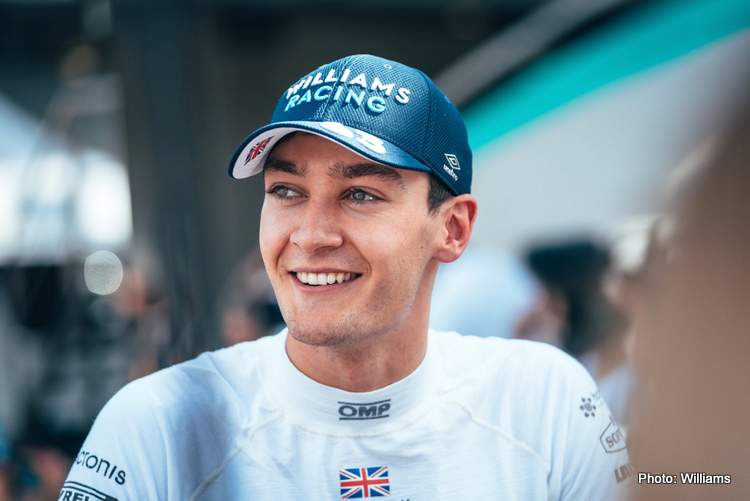 Only hours after Mercedes confirmed Lewis Hamilton for another two years, George Russell delivered his best performance in qualifying, for the 2021 Austrian Grand Prix

With it he holds his hand high for a seat with the Formula 1 World Champions, as Hamilton’s teammate next year. Once again Russell had the Williams no place it deserves to be by qualifying ninth for Sunday’s race at Red Bull Ring, his best grid spot to date.

With Hamilton’s deal struck, English media are lobbying aggressively for team boss and puppet-master Toto Wolff to make a call on the second driver with a swap deal between Mercedes and Williams between Russell and Bottas being an option.

Both drivers are managed by Wolff, or somehow involved. What he says go. Thus we wait.

Meanwhile, Russell has been stellar all season, today got even better for his shares as he demolished teammate Nicolas Latifi, as he always does, setting himself up for a very interesting afternoon in the heart of the midpack.

The Englishman knew he had something special for the tarmac ribbon through the Spielberg hillside when he radioed his team: “Talk to me! Talk to me!”
Engineer: “You’re though mate! Well done!”
Russell: “Yes! On the mediums! Come on boys!”

Later, in the team report, he added: “Qualifying was pretty special; we usually do well on Saturdays but that was on another level. I had a lot of confidence in the car, which really helped when it came to nailing my Q3 lap with only one shot.

“P9 in any circumstances is a great place to be, but starting on the mediums with a few cars ahead on the soft tyres puts us in a strong position for the race and hopefully gives us a real advantage when it comes to making strategy decisions.

“I’m really pleased for the whole team; we’ve managed to keep the momentum going and this is thoroughly deserved after the struggles of last Sunday. I’m very excited for tomorrow,” added Russell.

Dave Robson, Head of Vehicle Performance said of the performance: “We thought that bettering our qualifying result of last week might be difficult, especially given how tricky it can be on this short track. However, George – aided by the entire team – produced an excellent performance to not only make it to Q3, but to do so on the Medium tyre.”