Perez: We have got a better race car than qualifying 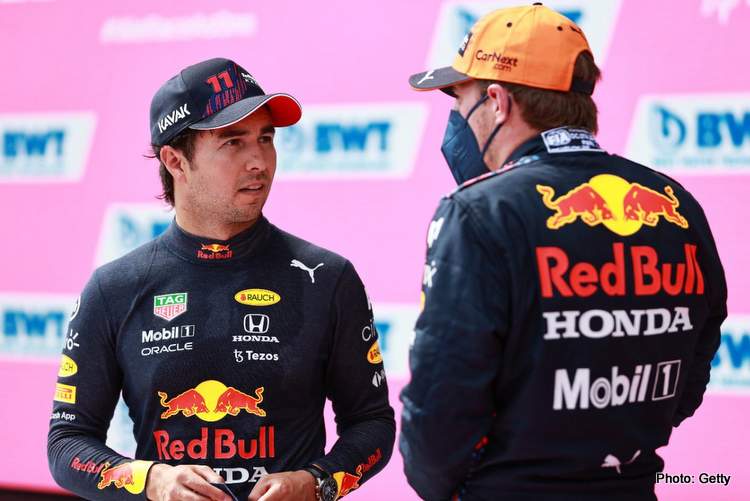 You have to admire Sergio Perez for the way he builds up his performance as a race weekend progresses, as he did in the build-up and during qualifying for the 2021 Austrian Grand Prix.

While he is in one of the most coveted seats in motorsport, but it is a double-edged sword as he is up against one of the greatest talents of this era in his teammate Max Verstappen.

Typically the weekend starts with Perez nowhere relative to his teammate, whereby he proceeds to improve with every session and deliver his A-game in Q3.

This weekend was no different:

And being ahead of both Mercedes is exactly why he was hired. Starting third and first, Checo and Max can extract maximum damage to their rivals with a one-two this weekend at their home Red Bull Ring.

Perez said after qualifying: “It’s been a really hard weekend up to now. We’ve chased the balance and just exploring the car, just chipping away at it in every single run. It didn’t come easy. It was very hard work – harder than you think.

“In the end, we got a good lap and we have a good position. I believe we have got a better race car than qualifying.”

He added in the team report later: “I’m happy, it’s a very good result for the Team here at our home track in Austria. Max and I are in a good starting position and hopefully we can get a good start off the line tomorrow, that will be critical.

“I’m starting on the mediums but it’s going to be a race where one or two pit stops is unknown, no one has had enough of a long run yet so it’s hard to tell. I hope that we can bring home some solid points for the Team.

“Congratulations to Lando [Norris]  too, he did a very strong lap today,” added the Mexican sportingly tipping a hat to the McLaren driver’s lap the split the two Red Bull’s on the timing screens at the end of qualifying.

Team boss Christian Horner was happy with his drivers: “Today was a great Team performance. It’s our first triple pole since 2013 and Max’s first, plus it’s great to have Checo up there in P3 giving us a great chance with both cars tomorrow.”

Indeed, their reality now is that anything less than an all Blue one-two on Sunday, on home soil, will be an underachievement for the championship leaders.