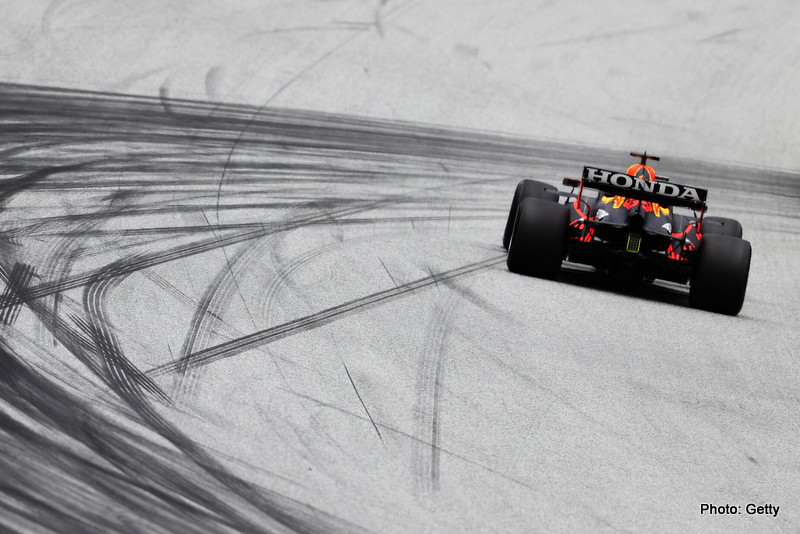 Max Verstappen remains favourite for pole position ahead of the Austrian Grand Prix after topping FP3 by half a second from Valtteri Bottas.

While Lewis Hamilton and Bottas had raised Mercedes hopes with a 1-2 in FP2, Verstappen put down a marker on Saturday with a fastest lap of 1:04.591 as he looks to grab a third victory in a row and further extend his world championship lead.

As is always the case with free practice there could be games being played by both teams (Hamilton topped FP3 last weekend for example), but Verstappen had almost a seventh tenths margin to his championship rival in third.

Pierre Gasly was fourth for AlphaTauri, who have looked competitive all weekend, with Antonio Giovinazzi a shock fifth for Alfa Romeo.

Carlos Sainz was sixth, two spots ahead of teammate Charles Leclerc, with the Ferrari duo separated by Fernando Alonso in P7.

The SF21 came to life in race trim last weekend, so a strong qualifying showing would be welcome for the Scuderia in their battle with McLaren.

Sergio Perez was ninth, almost a second adrift of his teammate, so the pressure is on the two-time race winner to pull something out of the bag during qualifying.

Sebastian Vettel was 10th for Aston Martin, with Lance Stroll one spot back in 11th, while Yuki Tsunoda was 12th in a session that included a spectacular save from the rookie.

Esteban Ocon was 13th, with George Russell 14th as he chases another outstanding performance in qualifying in a bid to make Q3.

Lando Norris was the lead McLaren in 15th, just ahead of Daniel Ricciardo in 16th, with the Woking team less than convincing for much of the weekend.

Kimi Raikkonen was 17th, just ahead of Mick Schumacher and Nicholas Latifi in 18th and 19th, while Nikita Mazepin rounded out the field in 20th after an incident packed session. 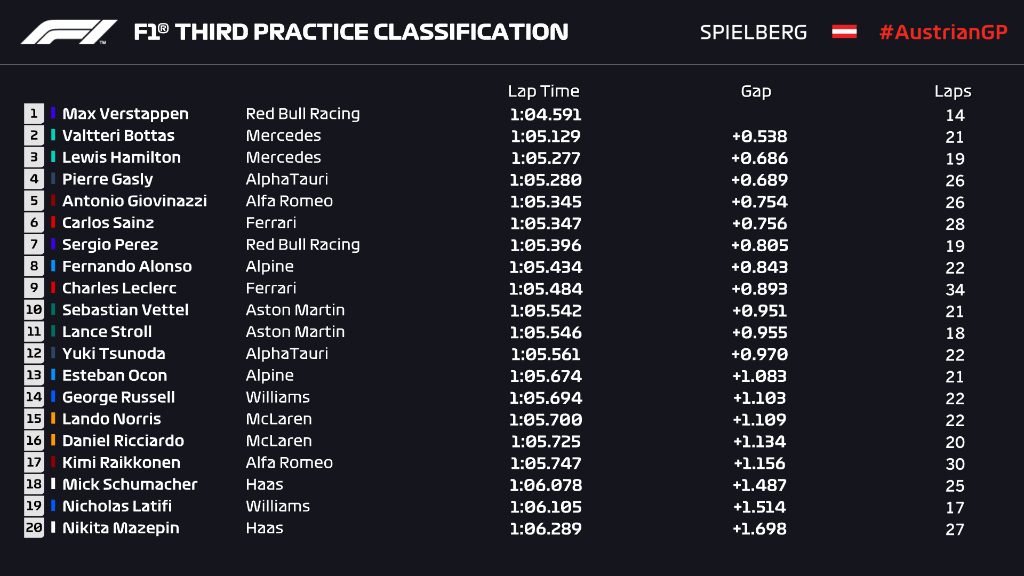