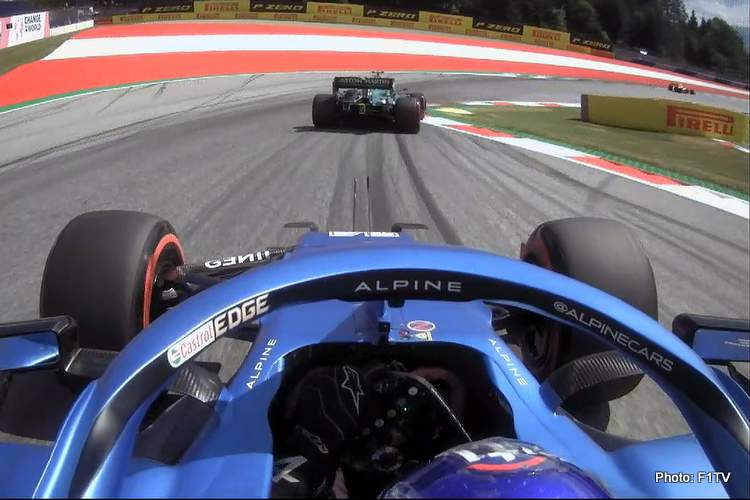 Fernando Alonso did not blame Sebastian Vettel for getting in his way and denying the Alpine driver a spot in Q3 during qualifying for the 2021 Austrian Grand Prix.

At 39, the double Formula 1 World Champion is finding his old form again, on his return to the top flight, making 24-year-old Esteban Ocon (who Alpine recently signed to a long deal) look decidedly ordinary.

The Young Gun was well shown up by the Old Fox on Saturday, who would have been a lot better than P14 had he not been forced a violent swerve on his hot lap to avoid Sebastian Vettel’s dawdling Aston Martin in the final couple of turns.

Alonso pointed blame at Vettel’s team for not warning their driver: “We lost an opportunity to be in a better position than last week on the starting grid, perhaps P5 or P6. It was an unfortunate situation with Seb, which his team should have managed better.

“It’s not Seb’s fault and, as drivers, we’re relying on our engineers to communicate things that are happening on track. It’s disappointing as we had the potential today. The car felt really good and probably the best it’s felt all season and it’s frustrating not to have the opportunity to reach Q3 with two new sets of tyres.

“Starting 14th tomorrow means the race will be more challenging but we’ll still do our best to recover something,” promised Alonso.

Alpine racing director Davide Brivio added: “It’s been a very disappointing qualifying today with both cars not in the starting position that we were targeting. Through no fault of our own, we weren’t able to see Fernando’s full potential with the incident with Vettel ending his chance of reaching Q3.

“It’s disappointing as he went through Q1 on one set of tyres and could have been into Q3 and in a much stronger position for the race,” lamented Brivio.

Alonso will start his 320 the Grand Prix when he lines u on the grid for tomorrow’s race at Red Bull Ring.