Tsunoda: This idiot is using DRS all the way! 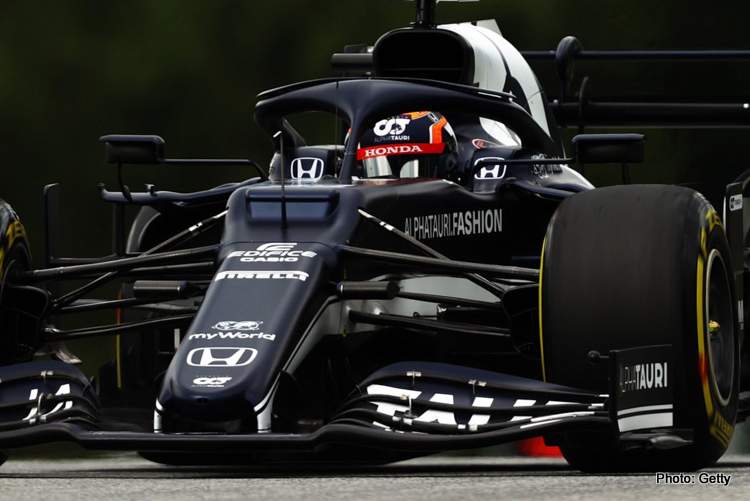 Alpha Tauri driver Yuki Tsunoda might consider doing some Yoga or anything to calm himself down, the rookie driver is blisteringly quick but sometimes a tad too enthusiastic (to put it politely) as he (again) ranted at a rival, this time during FP2 for Sunday’s Austrian Grand Prix.

Late into the one-hour afternoon session, on a hot lap, the AlphaTauri of Tsunoda came across the Alfa Romeo of Antonio Giovinazzi going about his business, and shouted on the radio: “This idiot is using DRS all the way!”

It’s not the first time the prodigious Japanese driver has let fly with insult-laden barbs at his rivals, even his engineer get the brunt of his wrath.

Earlier this year, Tsunoda burst onto the scene with a stellar performance on his debut at the season opener in Bahrain, but since then there has been a severe reality check for him and F1, as it is plain to see that the youngest driver on the grid is still an unpolished diamond.

In the sister AlphaTauri, Pierre Gasly is in the best form of his career and provides the benchmark for his younger teammate to strive for. For now, the more experienced Frenchman has got the better of his teammate.

However, on Friday at Red Bull Ring, Tsunoda (despite rant!) was sixth fastest at the end of the day, a couple of hundredths faster than Gasly in seventh.

Tsunoda summed up: “We’ve had a decent day and are happy that we’ve maintained the pace from last week. We have worked hard on our longer running, as that was something we found we struggled with during the race, and I think this has been really positive.

“They weren’t the easiest conditions out there, the circuit is much colder this week and then we had some rain towards the end of FP2.

“My main objective today was to gather as much data as possible ahead of Qualifying and the race, by slowly building up my lap times and I’ve achieved that without making any mistakes, so I’m pleased with that,” added Tsunoda.

Gasly said of his day at the office: “I was playing catch-up a little bit today, having missed FP2 last time out and obviously the race, so we spent time working on our long-runs and trying to understand the tyres. I think there were a lot of positives today and the pace is still there.

“However, we were slightly struggling in these different conditions, so we have a few things to look at tonight with the engineers and then we can make some changes for tomorrow,” added the Frenchman.