Leclerc: We need to find improvement on the rears 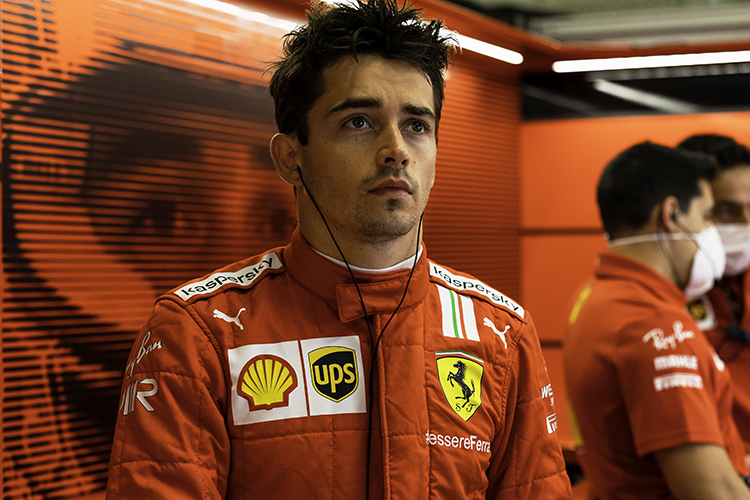 It was a day of mixed fortunes for Ferrari, as they showed strong pace in the morning practice for the 2021 Austrian Grand Prix but were well off it in the afternoon FP2 session with their drivers complaining about lack of rear grip.

From the outset, it was clear that the Ferrari SF21 was a beast to drive at times around Red Bull Ring today, Charles Leclerc having a fair share of excursions as he struggled to stop the car where he wanted.

“It was a busy day,” began Leclerc’s Friday summary. “Because of the packed programme we ran. We still have lots of things to work on, and I don’t think our times are representative.

“The main improvement we need to find is on the rears and we also have to tune the car better for tomorrow. We used the C5 compound for the first time, and have to understand how to extract the maximum from it.

“Looking at our race trim, I’d say it looks solid. In terms of qualifying pace, we still haven’t found the small step we need in order to be further ahead. We will keep working on it and hopefully secure strong starting positions tomorrow.”

Both Leclerc and Carlos Sainz had suffer with a car they don’t seem to fully understand. A case in point is that they really expected to be better on the softer Pirelli’s on offer at the Austrian Grand Prix than they were last weekend at the Styrian edition of the race.

Today, Sainz was 13th at the end of FP2, one second off the pace set by Mercedes driver Lewis Hamilton, with Leclerc a tnth and a bit down on his teammate, only good for 16th suggesting there is work to do for the Reds.

Sainz summed up: “An interesting day at the office. Today we went on track with a very similar car to last week’s, but it felt completely different due to the wind and the change in track conditions.

“We have been trying different things, and we were not focusing on the timesheet. Our main goal was refining our run plan, playing with the setup and trying to understand both the new Soft compound and the new tyres Pirelli will introduce at Silverstone,” added the Spaniard.

While there have been glimmers of hope for the Scuderia at a phase in their history where not winning does not appear to have consequences, that celebrate podiums these days as if they are major triumphs, this from a team that not long ago anything less than victory was treated like a funeral. Ask Fernando Alonso.

For the record, Ferrari have not won a Grand Prix for almost two years, make that 651 days on Sunday and counting.