Guanyu Zhou: Hopefully I made everyone proud 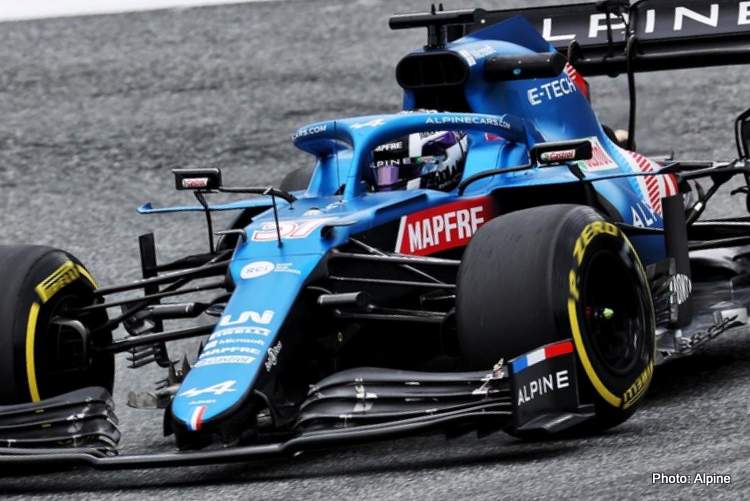 Guanyu Zhou became the second Chinese race driver to take part in FP1 on a Grand Prix weekend when he replaced veteran Fernando Alonso in the Alpine for the one-hour Austrian Grand Prix practice session on Friday morning.

The French team confirmed that Zhou ran a smooth programme, using the prototype test tyres and Mediums (C4) across his 29 laps. He ended the session in fourteenth place, a quarter second shy of Esteban Ocon in the sister car.

Zhou said in the team report afterwards: “It felt special to drive FP1 today. I’m really happy with all my runs and I was able to get familiar with the tyres early on. I didn’t expect to be up to speed so quickly and the pace was definitely there on the Mediums.

I felt good this morning, and I was getting more confident on each lap. I just wanted to build it up steadily and grow into the session. I’d like to thank the team for the opportunity, it was certainly very special.

“Hopefully I made everyone proud and there will be more moments like this later in my career,” added the 22-year-old from Shanghai who currently leads the 2021 FIA Formula 2 Championship

Alpine racing director, Davide Brivio was impressed: “We’ve had a productive day and it’s been a different Friday to usual. Firstly, we had Zhou in the car this morning. He did a very good job, didn’t make any mistakes and put in some competitive lap-times. He can be pleased with his performance and work, and we’re very happy for him.

🗣 “I enjoyed every single push lap out there.”
Fresh reaction from @gyzhou_33, just after his #FP1 session. #AustrianGP pic.twitter.com/AxMBFecqNn