Alonso: It would be nice to race Le Mans with Verstappen 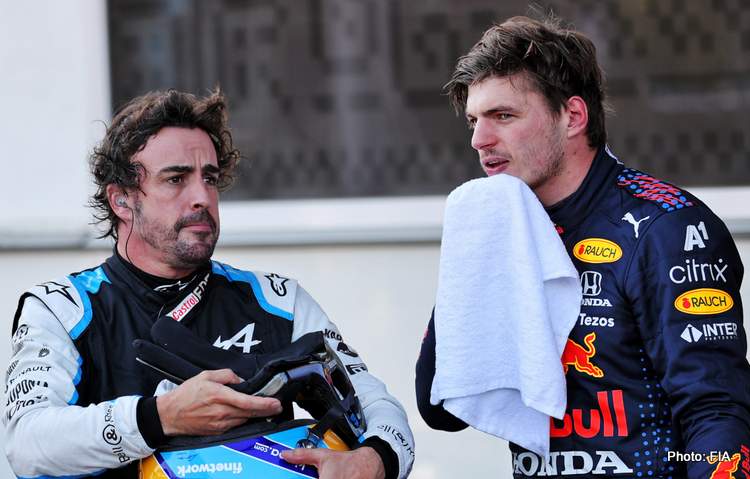 Fernando Alonso would like to team up with Max Verstappen in the future, but admitted it would be unlikely to happen in Formula 1.

Alonso returned to F1 this season after two years away, with the Spaniard using his sabbatical to compete in some of the most prestigious races in the world including the Indy 500 and 24 Hours of Le Mans.

The two-time F1 world champion is now 39 years old but clearly has no immediate plans to step away from motorsport and is potentially eyeing up the possibility of racing alongside Verstappen at Le Mans or another endurance race.

“We still have an opportunity in the future,” Alonso said when asked about becoming the championship leader’s teammate. “Maybe not in F1 because I don’t think that’s a possibility.

“But in the future, who knows? Both of us love racing, endurance racing, Le Mans and many things. So it would be nice to one day share a team.”

Verstappen is similar to Alonso in his passion for racing, whether it be F1, endurance or on a sim, and did not rule out the idea of the two teaming up in the future, describing it as “quite cool”.

“Of course it would have been incredibly exciting to be at one team together with him,” he added.

“But like he said, there are also a lot of opportunities outside of Formula 1 later on. So who knows? It would be quite cool I think.”