Hamilton: I don’t accept anything 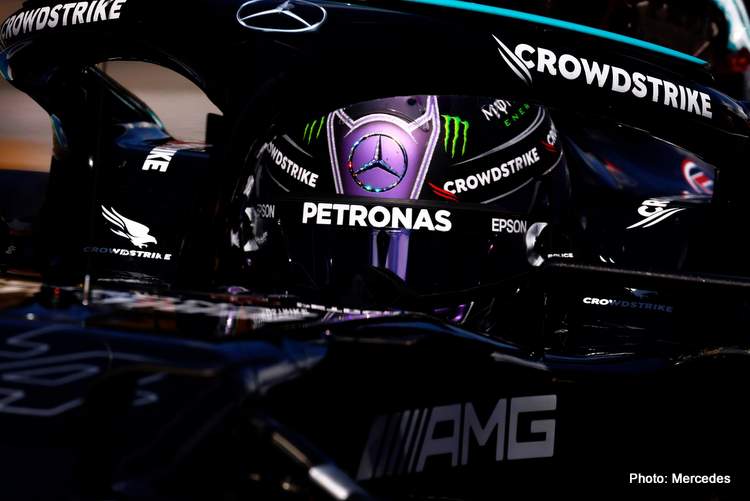 Lewis Hamilton is in the unfamiliar territory of being the hunter instead of the hunted, as Mercedes find themselves trailing Red Bull in the drivers’ and constructors’ standings after eight rounds of this year’s world championship, and it might get wider this weekend.

In an interview with F1.com, Hamilton was asked if he accepted that the pecking order had swapped at the sharp end of F1 with Red Bull now edging ahead of Mercedes, the seven-times F1 world champion replied: “Well, I don’t accept anything.

“I think we’ve still got many races ahead of us and we’ve got to keep pushing. We’re world champions and… we can definitely improve if we put our minds to it,” added the Briton who finished second at Red Bull Ring on Sunday.

He wondered out aloud immediately afterwards if his team would address the deficit with updates after Toto Wolff cast doubts on any future goodies for the W12.

But that is apparently sorted or is it? Hamilton explained: “If we’re not going to develop and improve our car for the rest of the year, this is the result you’re going to see, because, as I said [Red Bull] really eked out performance in these last few races, wherever it’s been, whether it’s been in France with the engine or the new wing, whichever it is.”

Then added: “I’m not going to question the team’s logic and how they go through with their process. As I said… give us an upgrade, we would love an upgrade, but I don’t think it’s in the pipeline at the moment,” he said.

“We’re down on a few areas. It’s been close at the beginning of the season and if we both – Red Bull and us – had the same performance as we did in those first four races then perhaps it would be a little more exciting, but as I said, they’ve taken a decent step forwards…”

Both the team’s tech boss James Allison and Hamilton translated what their boss Wolff was trying to say, or not say: “What Toto points out is that next year’s rules are a big and hairy affair and they demand a huge amount of our attention.

“Most of the focus of our factory has switched over to the performance discovery for next year but that doesn’t mean that there aren’t things still in the food chain from prior to that focus switch.

“We have a reasonable number of things that are going to make our car faster in the coming races,” confirmed Hamilton; ammo Mercedes sorely need as there is little rest between battles, the next one at the Austrian Grand Prix only days away.