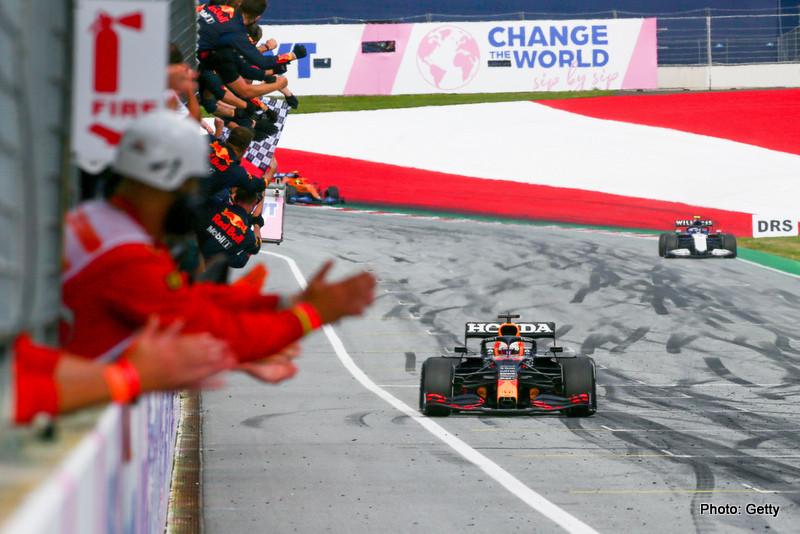 Max Verstappen has insisted that while he is happy with his start to the 2021 Formula 1 season, he is not going to become complacent.

The Dutchman holds an 18-point advantage over title rival Lewis Hamilton after eight rounds, and returns to the Red Bull Ring this weekend for the Austrian Grand Prix, a circuit where he is favourite to win once again.

Mercedes have said that they will look to bring future upgrades to the W12 as they aim to get back into the title battle, while Red Bull team principal Christian Horner has urged his team to keep pushing development on both the 2021 and 2022 cars.

With the 2021 season a record 23 races long, Verstappen understands that there is still a long way to go and emphasised the need to improve week on week, regardless of results.

“We do have a very good package but I want to see it again every single weekend because every track is different,” said Verstappen.

“It’s still about finding the perfect set-up on the car because it can be quite sensitive in some areas to make it work and it’s never good enough.

“So I always want to try and improve every single weekend because even a weekend like we had, of course, it looks amazing, we won with a big margin, but it’s never good enough.

“So we just try and look into the details of what we can do better and when we go to other tracks again – I don’t expect it to be like it was there – we have to just keep being very focused on what we have to do.

“So far, of course, I’m very happy with how it’s been going but, as I said, it’s never good enough.”