Wolff: No hidden agendas with Bottas and Russell 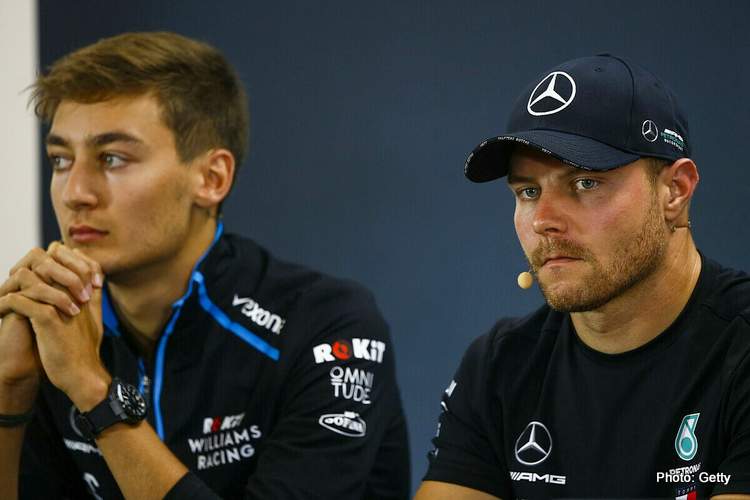 While rumours and hard lobbying abound claiming that George Russell will replace Valtteri Buttas at Mercedes next year, team boss Toto Wolff is adamant there are no hidden agendas.

From wild rumours that the Finn would be axed immediately, after the infamous Imola collision between the two drivers, to, the more likely, that Lewis Hamilton is insisting on Bottas remaining his teammate and, of course, everything in between, amid the reality that the Mercedes number-two is under fire.

And, if he wants to turn around his below-par season while his future with the World Champions is in doubt, the Styrian Grand Prix on Sunday will be a good starting point.

The Finnish driver has failed to land a top-two finish in the first seven races of 2021, his worst start to a Formula 1 season since joining Mercedes in 2017.

Bottas’ only previous campaign for his current team without a win at this stage of the championship was 2018, though he had racked up four-second places by then.

The situation is worrying Mercedes, which is yet to make a choice for next season between Bottas and Williams driver George Russell for the second position next to Hamilton.

While Mercedes have opened talks with seven-time champion Hamilton to extend his contract, Bottas is being kept in the waiting seat which might suggest that one deal hinges on the other.

Wolf told reporters at Red Bull Ring on Friday: “When I speak to Valtteri, it’s open, when I speak to George, it’s very much open, because I don’t want to have any hidden agendas.

“We need to evaluate the situation for the future. Valtteri had some really good weekends but he also had some off weekends and we just need to minimize those. And then we will take a decision,” Wolff added.

At least, Bottas has the backing of Hamilton, who called the Finn “a fantastic teammate. I don’t necessarily see that needs to change.”

A glimmer of hope for Bottas is the double-header in the Austrian Alps this and next weekend as the Red Bull Ring is a track that suits him, having won last year.

“It’s a place that I really enjoy. I remember, seven years ago, I had my first ever F1 podium here with Williams and I’ve won it a couple of times and normally being always up there,” said Bottas, who won the Austrian Grand Prix in 2017 and again last year.

“So, I am confident coming into this weekend. I see no reason why, personally, I shouldn’t be strong. So that’s my mindset.”

During Friday’s first practice, Bottas showed glimpses of his best racing when he clocked the fastest times in the first two sections, before exceeding the track limits in the final corner which made his lap time invalid. It was a mishap that reflects his season so far.

A combination of his own mistakes, poor strategy calls by the team, and sheer bad luck has left Bottas in fifth place in the drivers’ standings with 59 points, fewer than half of Hamilton’s tally of 119, and 72 points behind the leader, Red Bull’s Max Verstappen.

Known for his laid-back style, Bottas briefly lost his temper at the French GP last week, shouting several expletives over the team radio as he disagreed with Mercedes’ one-stop strategy for that race.

A few days later, Bottas said his outburst was not a sign of tension between him and the team: “There are no issues. Those kinds of situations are normal. We are not in a tea party, we are in an elite top sport. I want to do well and I want the team to do well, so there are emotions.”

Meanwhile, the driver of the #77 car has work to do, after a strange spin in the pits during FP2 earned him a three-place grid drop penalty, he ended 12th fastest, 0.839s down on Max Verstappen benchmark time and a half second shy of Hamilton in the sister car.

Whatever the case, Bottas has urgent work on his agenda, starting today. (Additional Reporting by GP247)