Styria FP1: Verstappen on top at the Red Bull Ring 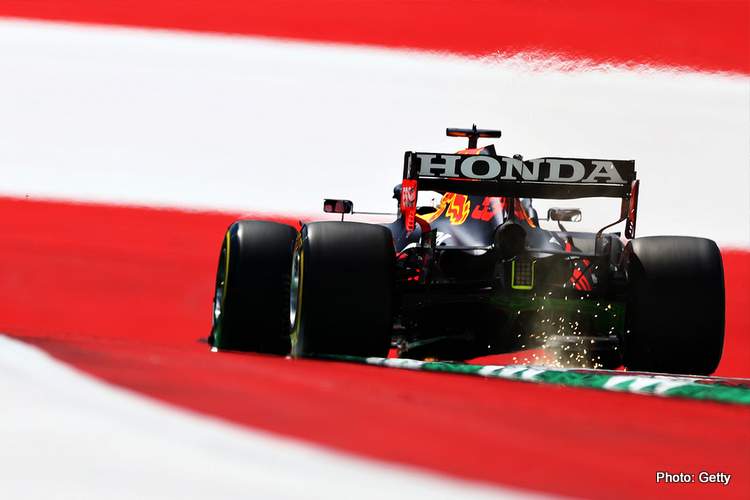 Max Verstappen was quickest in FP1 for the Styrian Grand Prix after setting a lap time of 1.05.910, picking up where he left off at Paul Ricard last weekend.

The championship leader topped the session from AlphaTauri driver Pierre Gasly, who took an impressive second, while Lewis Hamilton had to settle for third.

Hamilton was more than four tenths slower than Verstappen, with Valtteri Bottas just back from his teammate in fourth, despite posting the fast first and second sector times.

Verstappen has won twice at this circuit in the past, while Hamilton and Bottas claimed a win apiece here last year.

Yuki Tsunoda had a good session in fifth, a very promising start for AlphaTauri who would dearly love to impress at this circuit in particular.

Fernando Alonso was sixth in a session where he looked to be pushing hard around the picturesque circuit, with Esteban Ocon seventh and Lance Stroll eighth.

Antonio Giovinazzi finished up ninth, with Charles Leclerc rounding out the top 10, a decent start for the Ferrari man hoping to recover from a very disappointing French Grand Prix.

Carlos Sainz was a place back in 11th, the Spaniard suffering a spin at the exit of Turn 1 midway through the session, while Daniel Ricciardo was the lead McLaren in 12th.

Sergio Perez was 13th after an underwhelming start for the Red Bull man, with Sebastian Vettel 14th.

Robert Kubica had an early spin as he stood in for Kimi Raikkonen at Alfa Romeo and finished up 19th, while Nikita Mazepin 20th. 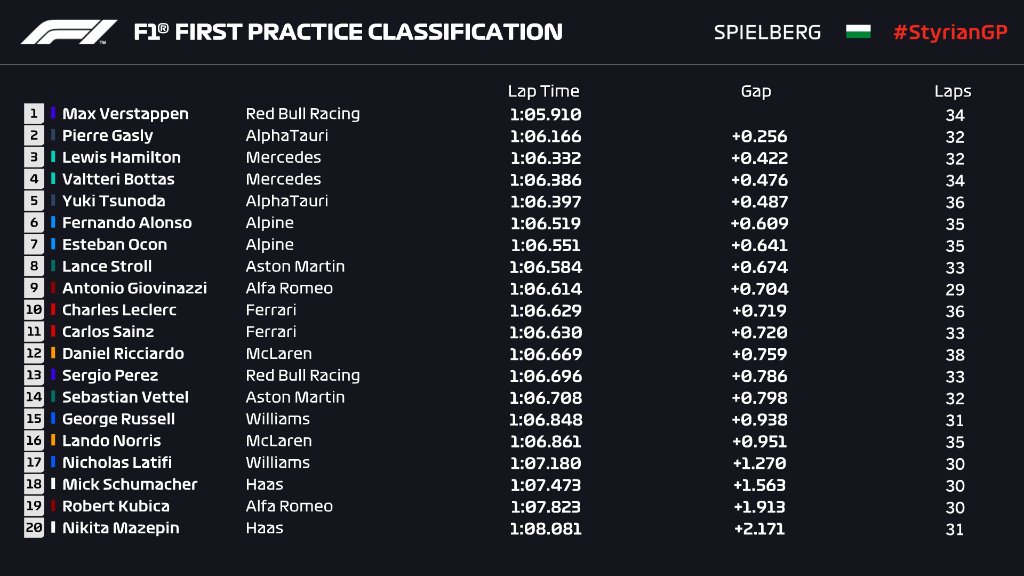