Brundle: Don’t agree Hamilton was too soft on Max overtake 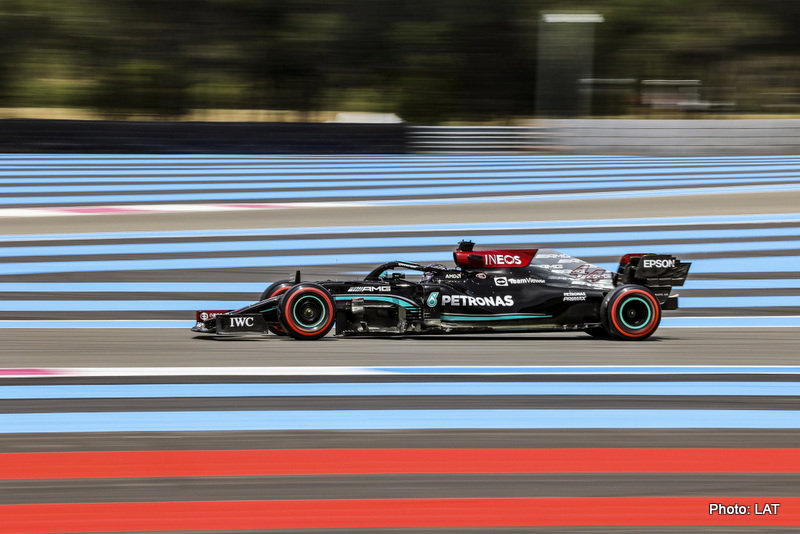 Martin Brundle does not agree with Nico Rosberg’s assessment that Lewis Hamilton was “too soft” in his defence on Max Verstappen in the closing stages of the French Grand Prix.

With the Dutchman on softer tyres courtesy of his two-stop strategy, Verstappen was able to catch and pass Hamilton on the penultimate lap in order to claim victory, extending his championship lead to 12 points.

After the race, Rosberg, who was working alongside Brundle for Sky Sports F1, said that he felt Hamilton could have done more to make life hard for his title rival by braking later than he did.

However, Brundle disagreed with that assessment, citing the lack of grip on Hamilton’s worn Pirelli tyres, which he felt made the overtake “inevitable”.

“I don’t agree that Hamilton was too soft when letting Verstappen by,” he wrote in his Sky Sports F1 column. “He was out of tyres and the pass was inevitable before the finish given the Red Bull’s straight-line speed and DRS assistance.

“In the same way that Verstappen wasn’t super aggressive when Hamilton passed him in Budapest and Barcelona before in similar circumstances.

“It’s a bit like knocking your King over in a chess match, your loss is inevitable and you may as well bag the 18 points for second and lick your wounds ready for another day, rather than terminally flat spot a tyre or lose your front wing.”

Hamilton will have his chance to respond during the Styrian Grand Prix at the Red Bull Ring in Austria this weekend.