Hakkinen: Red Bull got it right, Mercedes got it wrong 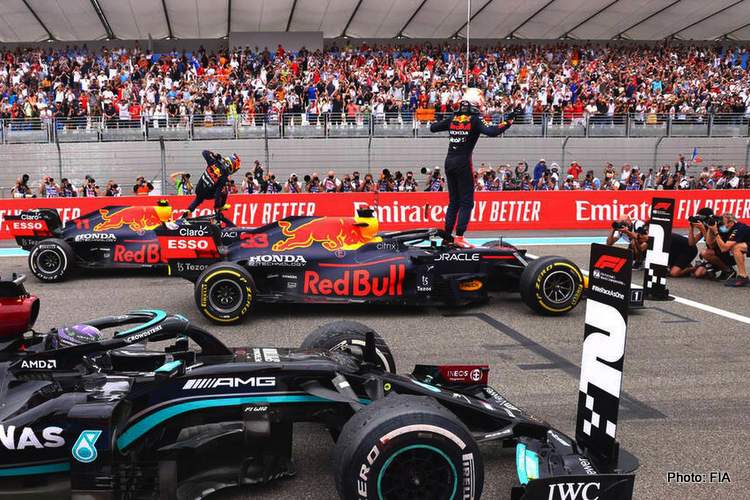 Double Formula 1 World Champion Mika Hakkinen had a very simple reason for why Red Bull trounced Mercedes at the 2021 French Grand Prix, the Bulls got their sums right while the World Champs were caught flat-footed.

Max Verstappen took the lead of the race with only two laps to go after a relentless hunt of Lewis Hamilton who ran of tyres as did Valtteri Bottas who was also left out on a set of tyres to his annoyance and he could not match Sergio Perez’s tyre whispering skills.

Thus what was a ‘sure’ first-third scenario for Mercedes turned into a second-fourth within a handful of laps at Paul Ricard on Sunday. Mercedes miscalculated the durability of the hard tyres while Verstappen did what he does best with fresher tyres in the last stint: drove it as if he stole it, and indeed he did!

Reviewing the race, Hakkinen wrote in his Unibet column: “This race was all about strategy, and very fine margins of decisions. Red Bull got it right, and Mercedes got it wrong.

“Lewis Hamilton and Valtteri Bottas have a big fight on their hands and the manner in which Max Verstappen won the French Grand Prix was the biggest sign of just how strong the Red Bull-Honda package is this year.

“The Red Bull team is operating very well, making the right decisions and learning from their mistakes, such as in Spain when they lost out to Mercedes on strategy.

“This time, in another highly strategic race, they made all the right calls. Mercedes seemed unable to respond, even though both Lewis and Valtteri were sure the strategy was wrong,” explained Hakkinen.

Verstappen’s victory did not come without drama, but in the end he made up for it as the former McLaren-Mercedes driver explained: “Max’s start was perfect, but when he made a small mistake at Turn 2 and went off the track, it looked like he was handing this race to Lewis.

“For a long time it seemed that Max was stuck in second place, Lewis was in control and Valtteri was pushing hard in 3rd. Meanwhile, Sergio Perez in the second Red Bull started to fade – or at least that’s how it looked.

“In fact, Sergio was playing a typically clever race. In looking after his tyres he was able to make his pit stop seven or eight laps after Valtteri and Max.

“This put pressure on Mercedes, because when Max overtook Lewis by using the ‘undercut’ – pit stopping before Lewis and using a really quick out lap to retake the lead – the World Champions were afraid of switching to a two-stop strategy because this might enable Sergio to gain better track position.

“Max was annoyed to lose the lead at the start of the race, but I think the way he calmed down and focused on delivering the strong two-stop strategy was really impressive. He has matured as a driver, and he now knows what it takes to win consistently. This is the key to winning a World Championship.

“Red Bull have won four Grands Prix this year, while Mercedes have taken three. In reality Max should have won at least one more, so while we can say that the Mercedes remains a very competitive race car, Red Bull is really delivering strong, consistent performances across different types of track.

“After their disappointing street-circuit performances in Monaco and Azerbaijan, I really expected Mercedes to recover well in France. The team will now be worried that, with the next two Grands Prix at Red Bull’s home event in Austria, they risk falling further behind in both the Drivers’ and Constructors’ World Championships.

“Lewis has not won the Austrian Grand Prix since 2016, while Max and Valterri have both won twice in recent years. The Silver Arrows are going to have to respond strongly in order to avoid Max adding further victories to his impressive season. The pressure is on,” added Hakkinen.

Indeed it is as Mercedes lag behind Red Bull in the constructors’ championship by 37 points while Hamilton is a dozen points shy of Verstappen, an unprecedented situation since their dominance began in 2014, the advent of the new F1 turbo era.