The Formula 1 tide is turning in Red Bull’s favour 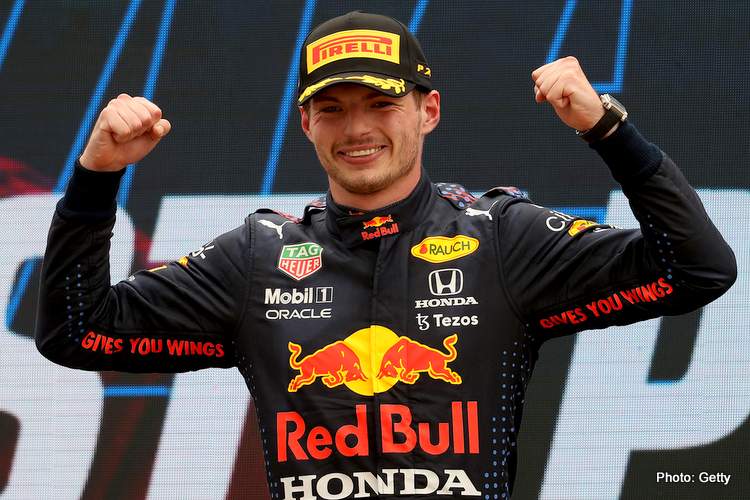 Red Bull tackled the 2021 French Grand Prix thinking they could win anywhere if they beat Mercedes at Le Castellet, and Max Verstappen’s victory has lifted the Formula 1 title battle to another dimension.

The 23-year-old Dutch driver, now 12 points clear at the top, is more than just a threat to Lewis Hamilton’s dream of eight titles.

For the first time in the 1.6 litre V6 turbo hybrid era that started in 2014, Honda-powered Red Bull have strung together three wins in a row and cracks are starting to appear in the mighty Mercedes machine.

Mercedes felt they were always going to struggle at Monaco and Baku, the two street circuits before France that did not really suit their car, but Le Castellet’s Paul Ricard was something else.

The champions had until this weekend led every practice session since the circuit rejoined the calendar in 2018, swept the front row in qualifying and won from pole position.

In 2019, the last previous race, they enjoyed a one-two finish.

“We came here knowing this would be one of Mercedes’ strong circuits. They’d led every lap here prior to this race bar one,” Red Bull boss Christian Horner told reporters.

“It’s fantastic that we’ve had a big score here this weekend, it’s the win that Max should have had two weeks ago, but you can see how close it is. There’s nothing between the two cars.”

“so we’ve just got to keep pushing, keep looking for performance and pushing all the way through this… you can’t take anything for granted.”

Verstappen and seven-times world champion Lewis Hamilton both have three wins each for the season, with the younger man missing out in Azerbaijan after a late high-speed blowout while leading comfortably.

Without that failure, Verstappen’s championship lead would be much greater.

Equally, Hamilton — second on Sunday — knows he could be leading the standings had he not made a mistake and failed to score in Baku and had Mercedes been sharper with their strategy in France.

Fine margins have big consequences when the two are so closely matched, but there can be no doubt that Mercedes are facing the biggest challenge to their seven year streak of domination and there may not be many easy wins ahead.

They are already 37 points behind Red Bull in the constructors’ standings after seven races.

Red Bull are the only ones to have had both drivers win races, with Mexican Sergio Perez taking the chequered flag in Baku and looking like the strong teammate Verstappen had needed.

With Mercedes’ Valtteri Bottas off the podium now for three races in a row, the Red Bull drivers have become the stronger pairing. And most major betting websites have them as favourites now.

The next two back-to-back races are at Red Bull’s home circuit in Austria, a track that gave Mercedes two wins from pole last season but where Verstappen won in 2019 with the fastest lap.

“It’s such a boost and they (Red Bull) are really becoming the dominant force more and more, which is putting so much pressure on Mercedes,” said the German as a pundit for Sky Sports television.

“We’re seeing that Mercedes are making mistake after mistake so they need to be careful and they need to keep it together from now on to have a chance.” (Reporting by Alan Baldwin)

Monday, Monday 🎶😍 How are we all? 🤗pic.twitter.com/IJcTTQeG63