Russell: Probably the best race I’ve ever had with Williams 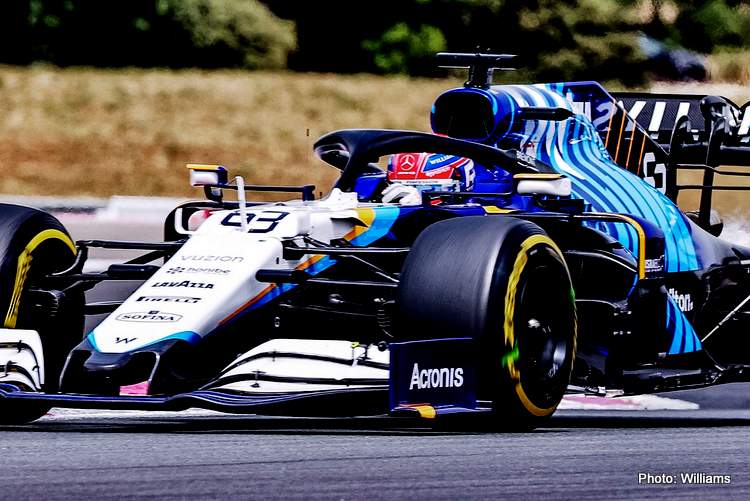 George Russell was delighted with his performance at the French Grand Prix where he finished 12th, describing it as “probably the best race” he has had with Williams.

Having qualified 14th, Russell held his own throughout the race after recovering from a poor start, finishing 12th on merit in a race where all 20 drivers saw the chequered flag.

It has been a frustrating campaign so far for the 2018 Formula 2 champion, who has not had a car competitive enough to compete on a regular basis.

However, he has continued to impress in qualifying, making it out of Q1 at each race weekend so far, and was clearly encouraged to have had the opportunity to show what he can do in race conditions.

“It was a really good afternoon,” he said. “We made a couple of overtakes, including Tsunoda on track, and managed to finish ahead of Ocon and the Alfa Romeos, too.

“The conditions out there were tricky, and it was hard to keep temperature in the tyres without too much graining, but the car felt good and we made the strategy work really well.

“Finishing 12th on merit is a great achievement and I would go as far as saying it’s probably the best race I’ve ever had with the team.”

“George was just able to thread the needle and keep the tyres going throughout the stint, finishing a well-deserved P12 following an excellent overtake on Tsunoda,” he added.

“To achieve this position with no retirements and after a difficult opening lap, is an excellent result for the team and testament to a lot of hard work behind the scenes, both at the track and back in Grove.”

Formula 1 is back in action this weekend for the Styrian Grand Prix at the Red Bull Ring in Austria.