Horner: That was payback for Barcelona! 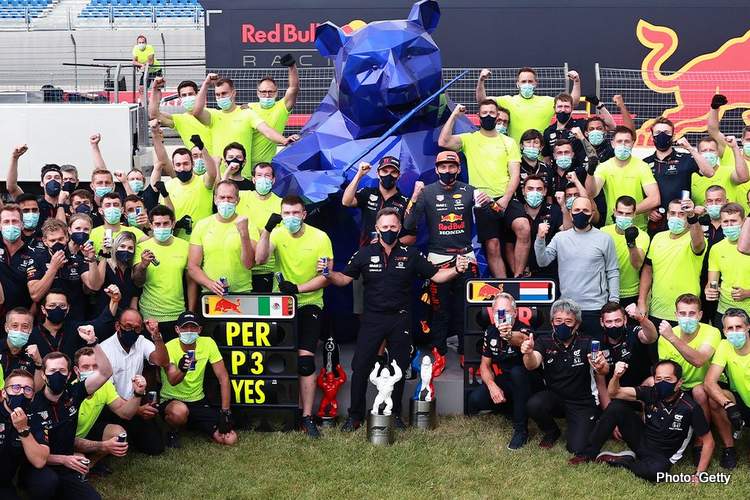 Christian Horner does not forget easily… After he celebrated Max Verstappen’s stunning victory at the 2021 French Grand Prix, the Red Bull boss recalled the race in Barcelona where the roles were reversed.

That Sunday in early May, Verstappen could do nothing to fend off a charging Lewis Hamilton who surprised all with a double stop and that remarkable chase that earned him that victory at the 2021 Spanish Grand Prix. The Bulls were stung that day and taught a lesson by Merc strategists.

Fast-forward to this past Sunday, Hamilton hunted down ruthlessly by Verstappen who snatched the win with two laps to go thanks to a smart and rapid two-stopper coupled to fiercely fast driving, delivering proper redemption for their disappointment in Spain.

It was also a big victory for their 2021 campaign, prompting Horner to declare after the race: “Today was payback for Barcelona! I’m so proud of the whole team to bring home back to back race wins and a double podium that extends our lead in both championships.

“Max got a good start but lost the lead after an early excursion which we managed to survive and, after a stonking out lap following his first pit stop, he recovered track position.

“We didn’t want to find ourselves in the same position as we did in Barcelona so we pulled the trigger and went for the two stop which thankfully paid off today. It’s always a difficult thing to pit from the lead with 21 laps to go but we don’t shy away from risks and went for it.

“On Checo’s side, we split the strategy with a one-stop which he made work coming home in third place so all round it was a fantastic Team performance.

“You can see how close it is between the two teams, there is very little between the cars so we’ve just got to keep pushing and looking for more performance,” insisted Horner.

All-in-all it was a very productive weekend for the Blues, with Verstappen increasing his lead over Hamilton to 12 points at the top of the F1 drivers’ standings and Red Bull topping the F1 constrictors’ standings by 37 after seven rounds of the scheduled 23.

Horner knows there is still work to do as the circus head to red Bull Ring: “There’s such a long way to go in this championship so you can’t take anything for granted but now we’ll take this momentum with us to Austria for the first of two home Grands Prix for the Team.”