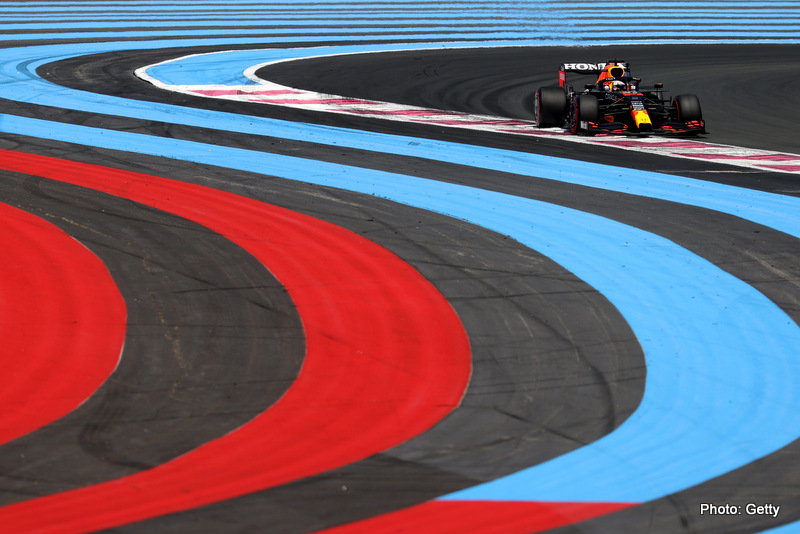 Max Verstappen grabbed pole position at Paul Ricard ahead of the French Grand Prix, beating out Lewis Hamilton by more than two tenths of a second.

At a circuit where Mercedes have previously dominated, Verstappen built on an impressive showing in FP3 by getting the absolute maximum out of his car in Q3, with Hamilton able to improve by almost half a second on his second run.

Valtteri Bottas will start third, outqualified by Hamilton for a fifth time this season, with Sergio Perez fourth for Red Bull.

Speaking to the Sky Sports F1 after the session, Verstappen said: “So far it’s been a really positive weekend, on a track where it’s normally been a bit difficult for us.

“To get pole position feels really nice. It’s a great day. We have to finish it off tomorrow and try and get the 25 points we lost in Baku.”

Hamilton, who had looked to be struggling throughout free practice, added: “It’s been a really, really hard weekend. Mentally, and just trying to get the car into a happy place.

“You wouldn’t believe how many changes I’ve made since Practice One, going round and round chasing our tails and ending up coming back to something similar to where we started. I’ve generally been unhappy in the car all weekend.

Bottas said of his afternoon: “It’s been a strong weekend, for sure – a lot better than a couple of weeks ago. The pace was there. We have seen it is going to be close with Red Bull. The last qualifying, in Q3, felt good, so I didn’t feel like there was that much lap time to get.

“I can’t be too happy being third, as it’s been a strong weekend otherwise, but Red Bull have been fast. The lap in Q2 was good, it showed were we lacked some speed.”

Carlos Sainz outqualified Charles Leclerc, a strong showing for the Spaniard who will start fifth, with Pierre Gasly excellent in qualifying trim once again to grab P6.

Leclerc starts seventh, with Lando Norris eighth for McLaren, ahead of teammate Daniel Ricciardo once again.

Fernando Alonso impressed to start ninth, with Ricciardo rounding out the top 10 for McLaren.

Esteban Ocon missed out on a spot in Q3 at his home race by more than a tenth, the Frenchman unable to convert his strong form in free practice at Paul Ricard.

Sebastian Vettel is one spot back in 12th after his podium finish at the Azerbaijan Grand Prix and will once again be the leading Aston Martin, with Antonio Giovinazzi 13th for Alfa Romeo.

George Russell, who made Q2 once again for Williams, starts 14th, just ahead of Mick Schumacher.

A Schumacher collision with the barriers at Turn 6 in the closing stages of Q1 brought the session to an early end, with Nicholas Latifi, Kimi Raikkonen, Nikita Mazepin, Lance Stroll and Yuki Tsunoda eliminated.

The German had been 14th quickest prior to his crash, but was unable to take part in Q2 due to the damage.

Latifi was just 0.002 seconds short of an appearance in Q2 and will start Sunday’s Grand Prix in 16th, while Stroll failed to set a flying lap prior to the red flags being thrown.

Tsunoda had brought out the red flags less than a minute into the session after spinning his AlphaTauri on the exit of Turn 1.

The Japanese driver was unable to get his AT02 into gear and starts tomorrow’s race from the back of the grid as a result. 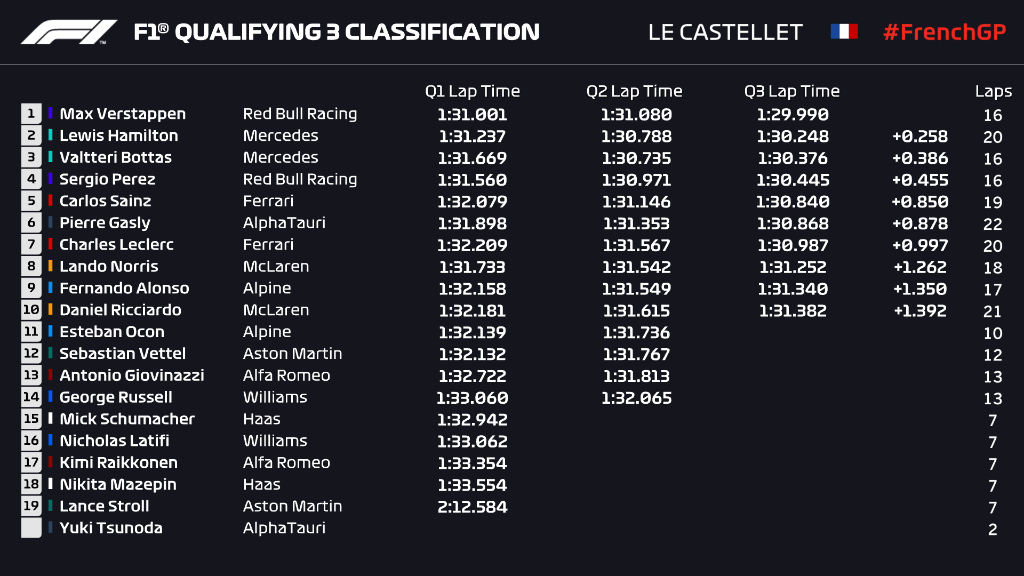 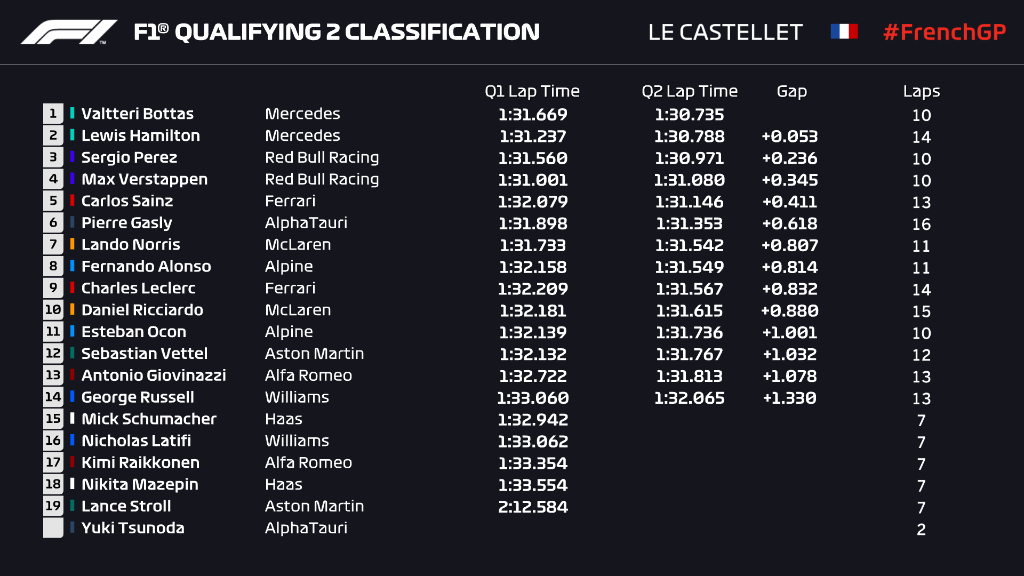 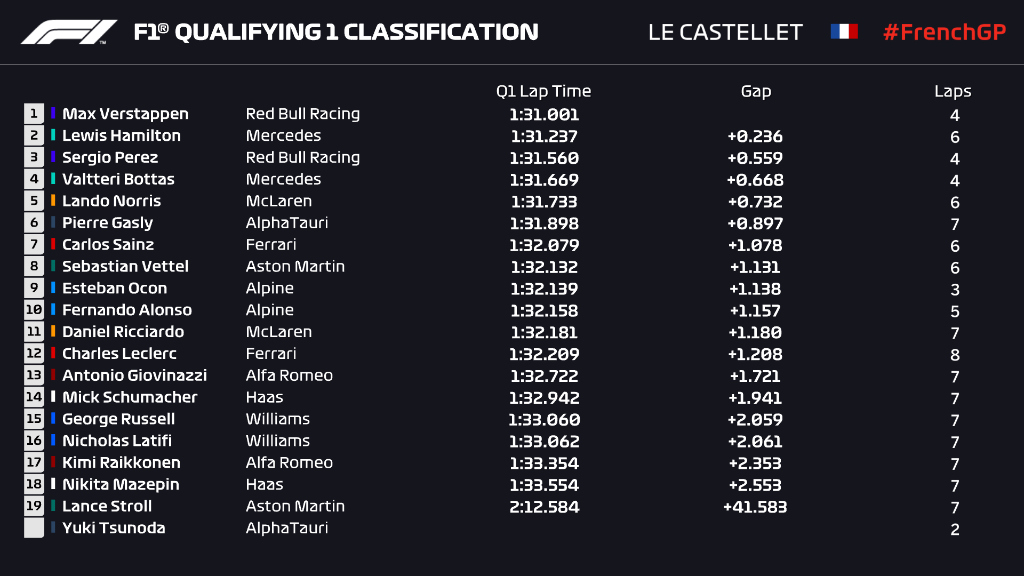 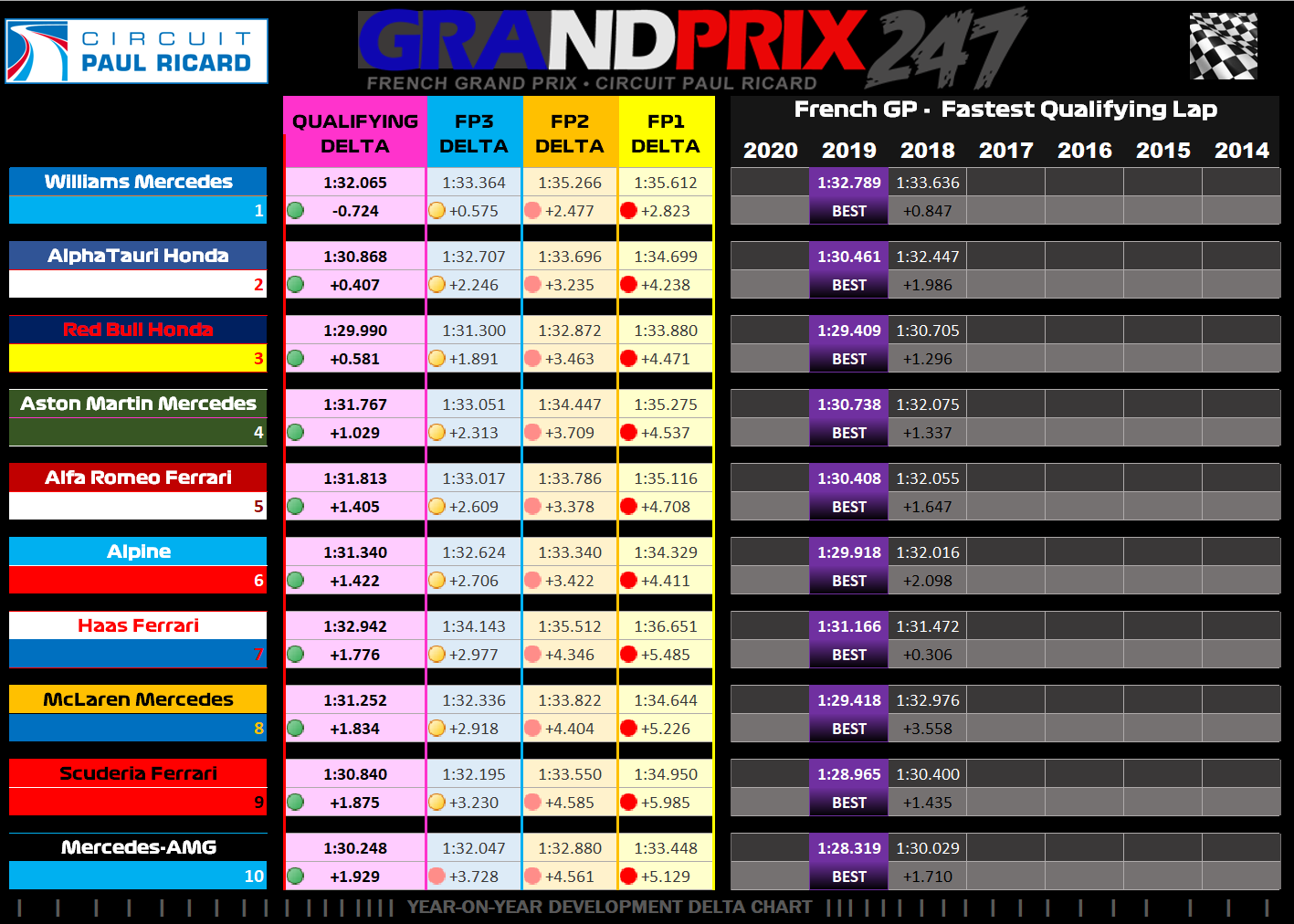 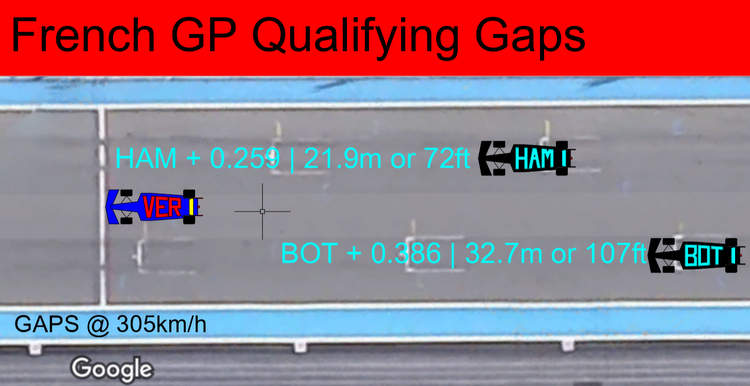