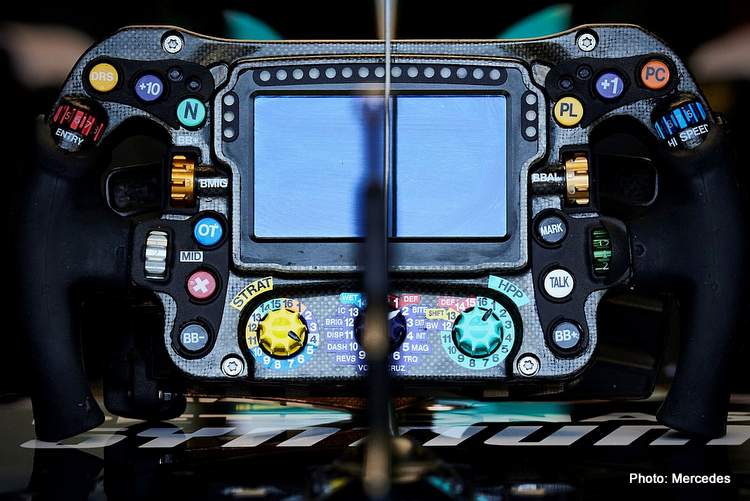 Mercedes have modified a ‘magic button’ on Lewis Hamilton’s steering wheel to prevent a repeat of the Azerbaijan Grand Prix error that cost the seven times world champion the Formula 1 championship lead.

Hamilton revealed after the race in Baku to Sundays ago that he had accidentally hit the button at the re-start, leaving him without rear brakes into the first corner and sending him off track and from second to 15th.

He and his team have refused to call it a mistake.

Red Bull’s championship leader Max Verstappen had already crashed out and Hamilton, attempting to pass the Dutch driver’s teammate Sergio Perez for the race win, had been set to regain the overall lead.

“We’ve just put a shroud around it to make sure that I can’t accidentally touch it in future,” the Briton told reporters at the French Grand Prix.

“That’s for the short term. Obviously, the wheel’s not so easy to change or to move buttons. We’ll look for a longer-term solution.”

Hamilton said after the race in Baku that what happened had been a stroke of bad luck: “It definitely wasn’t any pressure from Max and I don’t even count it as a mistake. I don’t feel any pressure, I feel pretty relaxed.

“You can’t always be perfect. A mistake is when you often drive off the track through missing your braking point or hitting the wall.

“It was kind of an unforced error, really just something that we had that was sitting there that could have happened at any point. It, unfortunately, bit us pretty hard but you learn from the experience,” added Hamilton who is four points behind Verstappen after six races, despite having won three of them.

Baku was the champion’s second big mistake of the season after sliding off track and nudging the barriers in Imola in April before the race was stopped, throwing him a lifeline. He ended up second.

The most successful Formula 1 driver of all time has taken just seven points from the last two street races in Monaco and Baku but should be on happier territory at Le Castellet this weekend.