Bottas: I’m confident and I can trust the car 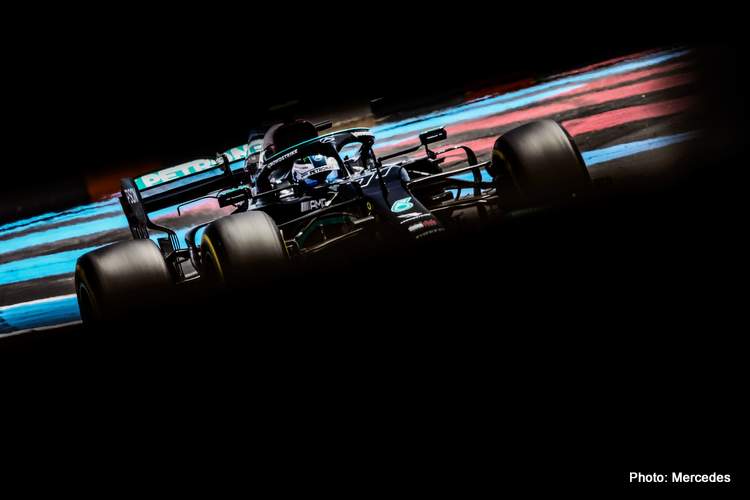 Valtteri Bottas knew something was wrong with his car as he hit a bad patch of form stretching back to Imola, his team listened and provided him with an alternative W12 and on Friday, he was proven correct.

At the end of the first day of practice for the French Grand Prix, Bottas was quickest in the first session and only 0.008s shy of Max Verstappen’s table-topping lap time in FP2. The Finn was back.

He reported afterwards: Valtteri Bottas: “I have a lot better feeling than a couple of weeks ago, that’s for sure. We started the weekend on the front foot, everything felt OK and the car has been pretty fast so far.

“The balance is good, the tyres are working well, I’m confident with the car and I can trust the car – I think that’s the biggest difference from Baku. It’s going to be close between us and Red Bull, I’m sure they have lots more to come, but so do we,” revealed Bottas.

In contrast, teammate Lewis Hamilton did not have a good Friday at Paul Ricard Circuit. He complained over the radio that “something did not seem right” with his car on his way to third at the end of the day, albeit three-quarters of a second shy of the top two.

After a torrid time in Monaco and Baku, Bottas needs a big result and indeed the French job has hardly started, but at least he can trust his instincts going forward as the new chassis is to his liking.

Furthermore, Mercedes will be looking to him for support in the F1 constructors’ championship which they trail for the first time in almost a decade to Red Bull, who are no longer the one-man-Verstappen-show as Sergio Perez proved in Baku.

Bottas, hitherto the best wingman a champion could wish for, will have to also contend with the Mexican whose job description at Red Bull is pretty much the same as his.

In the background to all this, more pressure will come as media persistently push for a decision from puppet-master Toto Wolff to decide on retaining 31-year-old Bottas or seconding him back to Williams to make way for young hotshot George Russell.

It’s only Friday at Le Castellet but this is the type of start to the weekend the Bottas needed, as he attempts to turn things around for himself, because a winning (or performing at his best) Bottas will be hard to fire.