Wolff: We need to deliver a car our drivers can push to its limits 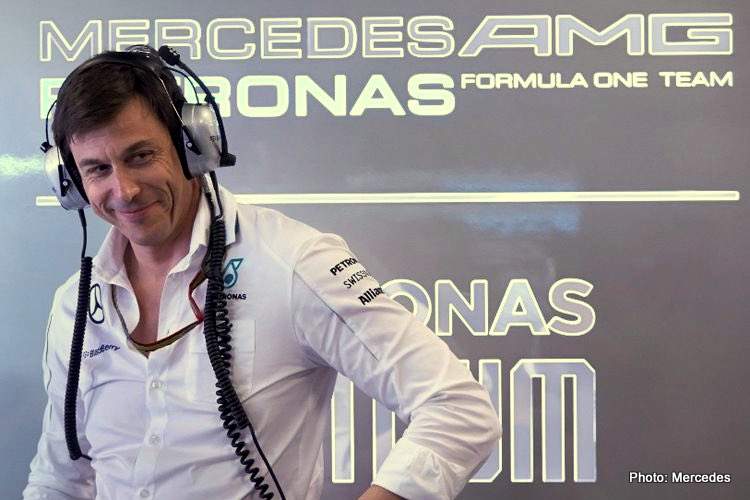 Toto Wolff has been “brutally transparent” about the ‘shortcomings’ of his team on recent street circuits, heading to the more conventional Paul Ricard, the Mercedes boss wants his team to up the ante with the W12.

Much has been written of Lewis Hamilton’s blunder and Mercedes no points haul at the Azerbaijan Grand Prix where only he could unlock the potential of the car while Valtteri Bottas was left flummoxed and insignificant all weekend.

In Monaco, Bottas suffered atrocious luck when his wheel welded itself to the axle and they messed up Hamilton’s strategy on a weekend which they described as a “tough one to swallow.”

While it can be questioned if, with three wins on its CV so far this season, the W12’s performance ‘fell off the cliff’ on the street tracks or their drivers were simply off the boil while their Formula 1 title rivals – Red Bull – ramped up the pressure.

Whatever the case, Wolff expects his team to deliver a flawless car in forthcoming races: “In Monaco and Baku we put the W12 in a window where only one of our drivers found the confidence to unlock the performance of the car – Valtteri in Monaco and Lewis in Baku.

“In such a close, intense title fight, we need to deliver a car at each race which both our drivers can confidently push to its limits,” said Wolff in the team’s preview of this weekend’s French Grand Prix.

He continued: “We come off the back of two street circuits unsuited to our car, two circuits we knew would be difficult for us, and we were disappointed to lose a podium finish and a victory through our own mistakes. That frustration reflects the high standards we hold ourselves to, and it is what drives us forward.”

France was without a Grand Prix since 2008. Returning to the calendar in 2018 and 2019, Hamilton dominated both races including a one-two last time out at Paul Ricard. There was no race last year due to COVID-19.

Wolff said of the next stop on the calendar: “The French Grand Prix means returning to a more traditional circuit and hopefully, better fortunes for us. It is a track we’ve gone well at in the past and, with a wide range of corner speeds that will test the car in every aspect, it’s an interesting challenge for us to tackle.

“We’re six races into the season and there’s still a long way to go. It’s looking very close at the front and we’re not expecting that to change anytime soon. We’ll be looking to turn our learnings from recent weeks into performance and to deliver a much stronger weekend with both cars,” concluded Wolff.