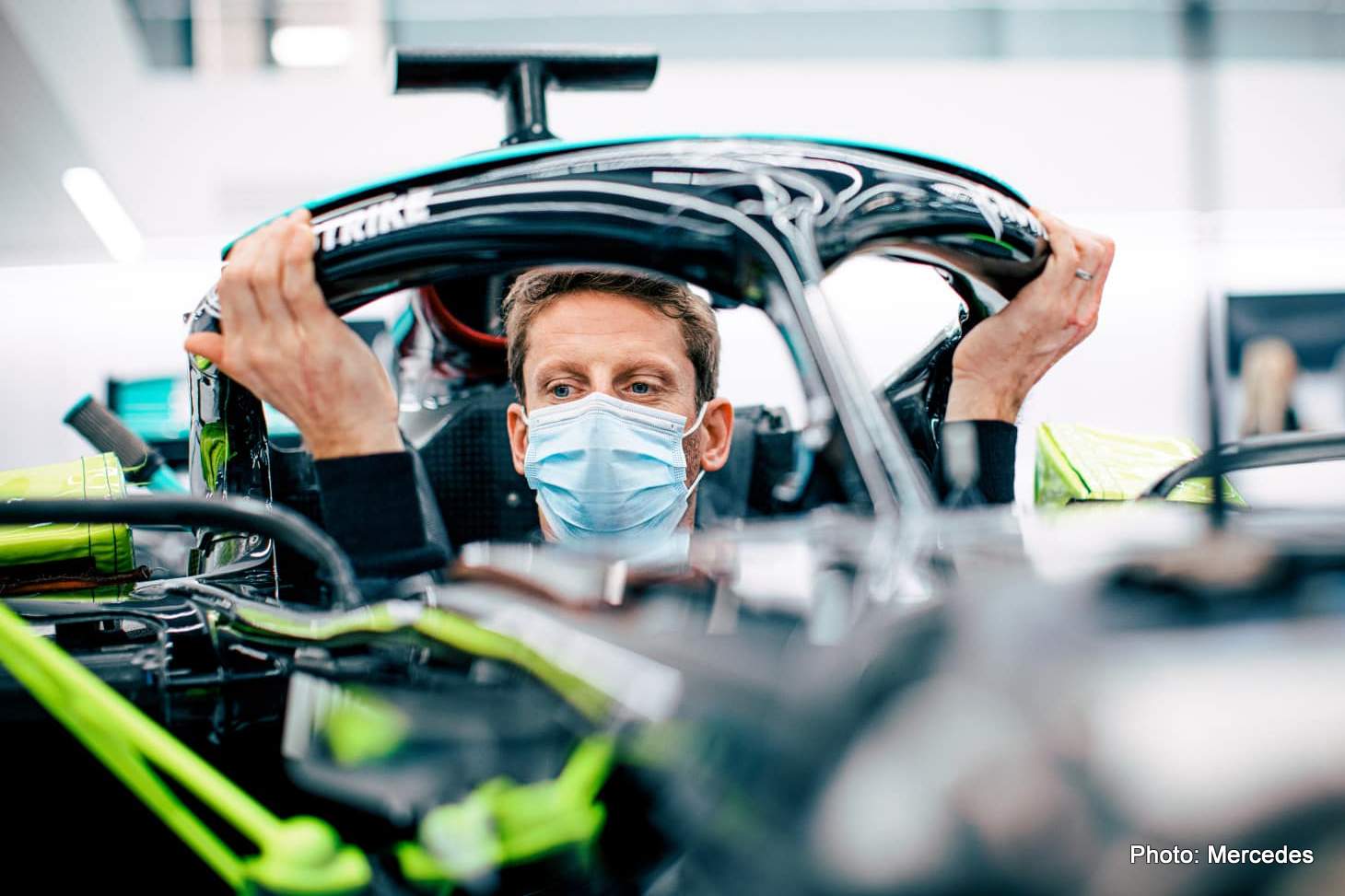 Mercedes have postponed a test with French driver Romain Grosjean due to travel restrictions and quarantine requirements, the Formula 1 world champions announced today.

“We’re committed to giving Romain his chance in a Mercedes F1 car and we’re working to reschedule the test later this summer,” Mercedes added on Twitter.

The Frenchman’s drive, in Lewis Hamilton’s 2019 title-winning car – the Mercedes W10 – had been scheduled for France’s Le Castellet circuit on June 29 – seven months on from his escape from a fiery crash in Bahrain.

That turned out to be his last race in Formula 1.

Mercedes F1 team principal Toto Wolff had made the offer of a test as Grosjean, who now races in the U.S.-based Indycar series, lay in hospital with burns to his hands.

Grosjean’s Haas car split in half and erupted in a fireball after penetrating a metal barrier on the opening lap at Sakhir, with the Frenchman managing miraculously to extricate himself and leap clear.

Racing in Indycar this past weekend, he had a torrid time in Detroit where he crashed in both races. (Reporting by Alan Baldwin)

We’re disappointed to announce that @RGrosjean‘s Mercedes test has been postponed because of travel restrictions and quarantine requirements.

We’re committed to giving Romain his chance in a Mercedes F1 car and we’re working to reschedule the test later this summer. 🙏 pic.twitter.com/nCuBlQCxvu