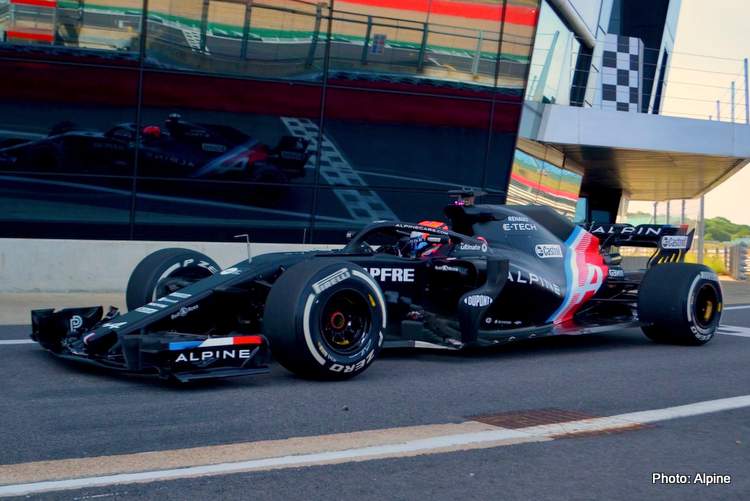 Alpine Academy driver Christian Lundgaard got a further taste of a Formula 1 car at Silverstone on Tuesday, 19-year-old Dane testing the R.S.18 at the British Grand Prix venue

His fifth time in an F1 car during his racing career, in pristine weather conditions across the U.K. drove a solid day, completing 101 laps around the British Grand Prix venue.

Having driven the R.S.18 on two previous occasions in 2019 and 2020, Christian spent the early part of the day on some qualifying runs before ending the test with race simulations.

The Formula 1 tests continue to be a vital part of the Alpine Academy’s training programme, with Christian joining his Academy teammates Oscar Piastri and Guanyu Zhou who have participated in an F1 test already this year.

Christian Lundgaard, 101 laps: “It was a very smooth day today at Silverstone and I am happy with how it went. We managed to get through a lot of the programme we had planned, and the car felt great around the Silverstone circuit.

“We did some qualifying runs and race simulations so there is lots for me to digest and analyse afterwards. I’ve driven the R.S.18 before but it’s always great driving a Formula 1 car and I will take away a lot of learnings from today.”

Mia Sharizman, Alpine Academy Director: “Today Christian did a good job in the R.S.18, joining Oscar and Zhou in completing a Formula 1 test this year. It was Christian’s fifth time at the seat of an F1 test car having driven the R.S.18 and R.S.17 before.

“Today was largely about familiarising himself with the uniqueness of the car with a mix of qualifying and high fuel runs. He handled it very well and he looks more comfortable in the car with each test he completes.

“Our Formula 1 test programme is something we are very proud of in the Academy, as it helps to prepare our young drivers for what is required from them at the highest level of single-seater racing in Formula 1.”