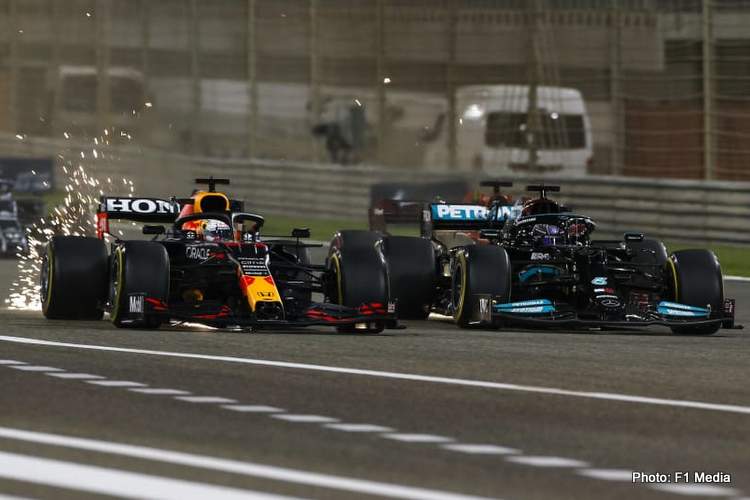 Six races into the 2021 Formula 1 season and Max Verstappen leads Lewis Hamilton in the drivers’ championship with a gruelling triple-header to come.

It’s anyone’s championship for the first time in a long time, and the championship will likely come down to who makes the fewest mistakes.

Specifically, the changes to the floor has played havoc for all cars. As winter testing unfolded at the Bahrain International Circuit in March, it was clear that not a single team had a car that their drivers were entirely satisfied with as the term snappy consumed drivers radios.

Mercedes notably struggled as Red Bull succeeded during winter testing. It was clear heading into the 2021 season that both Verstappen and Hamilton were set to deliver championship grade performances, and the difference would be down to mistakes.

Below is a race by race review documenting each error made by the two protagonists so far.

The net result of Bahrain was there were mistakes made from both sides but Verstappen made an error resulting in a loss of points. Verstappen nearly crashing in Turn 13 on lap 53 just as he was regrouping himself to challenge Hamilton who appeared to be a sitting duck was the error that ended his ability to rival Hamilton.

Verstappen would later explain that he had lost grip due to long running within a second of Hamilton.

Despite Hamilton’s miraculous recovery to second position, Hamilton was significantly faster than Verstappen in every phase of the race ultimately losing any potential of race victory after crashing while navigating traffic. It was also Verstappen’s strongest race this season.

The Mercedes of Hamilton showed significantly better race pace than Red Bull, therefore errors on either side are nullified. Verstappen would likely have finished in third position had Red Bull not forced Mercedes to pit Bottas a second time. Therefore that’s a points win for Verstappen despite losing one point due to the loss of the fastest lap error.

It’s anyone’s guess whether Verstappen had anything for Hamilton on a one-stop strategy. The fact that Mercedes kept an extra set of mediums and then perfectly executed a two stop strategy really only guaranteed an inevitability. Therefore both drivers finished where they likely would have, regardless of pit stop strategies.

Red Bull were supposed to dominate Monaco and were beaten by Ferrari in qualifying. While any further potential criticism of Red Bull evaporated with Leclerc’s DNS, Verstappen starring at Leclerc’s rear wing across the finish line on Sunday was a real potential. Likewise, everyone’s full attention was directed at the absolute disaster that was Hamilton’s race.

Hamilton managed to throw this race away twice on Sunday. More concerning, his error on the red flag restart is among the most severe throughout his illustrious career.

Looking at the totals, Verstappen balanced his Bahrain error with a superb drive in Imola. With some help from his team he was able to steal three points away from Bottas in Portugal only to throw a potential fourth point away by losing the fastest lap point being too wide in Turn 14.

While not being recorded as an error, it’s unfair to completely ignore the 25 points Verstappen lost in the closing stages of the Azerbaijan Grand Prix. It isn’t included in the tally, although it is noted.

Hamilton on the other hand, has thrown away at least 31 points this season. While Verstappen may be Hamilton’s strongest rival since 2016, what’s different is the self-inflicted damage Hamilton has done himself this year alone.

Although the pace delta’s have been slightly tipped in the Mercedes man’s favour on average, Hamilton will need to look within himself to resolve to his own struggles.