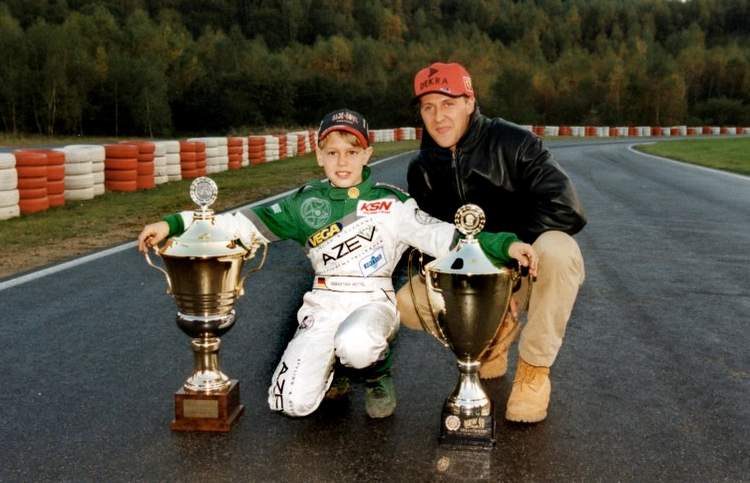 Four-time Formula 1 world champion Sebastian Vettel has branded the cost of karting as “too high”, claiming it has “gone wild” over the last few years.

Motorsport has long been known to be an expensive sport to get into, with Vettel explaining that he required support from a sponsor when he was first starting out.

Lewis Hamilton has also criticised the financial barriers to entry in motorsport, recently stating that F1 had become a “billionaire boys club”.

Looking back on his time in karting, Vettel said that he was “fortunate” to receive financial help and that without it he “couldn’t afford” to race.

“There’s not a quick fix, but ultimately, the costs are too high,” he said. “In all honesty, if I look back to when I started, costs were lower, but they were still high.

“I mean I was very fortunate. I had Mr Gerhard Noack looking after me, who was the same man who looked after Michael Schumacher when he started, probably 20 years before me as a young child.

“It was already very, very expensive back then, so I think Michael was in need of help, and I was in need, because I couldn’t afford it.

“I think the first season we did in very junior go karts, we managed sort of do half on our own and then we started to be very lucky to find people that supported and helped us.”

Discussing how things could be changed in order to create a more level playing field, Vettel said that there is no “quick fix”.

“And probably the readiness to invest money in young kids and motorsport has changed as well. So, in short, it has always been tricky.

“I don’t think it will be a quick fix, but there are certain things that could be addressed to try and make the sport more accessible for all types of backgrounds and all children.

“It is an expensive hobby, no matter which way you look at it. But certainly it’s gone wild in the last years, and got way too expensive.”