Technical Draft: Why Hamilton is wrong on energy use 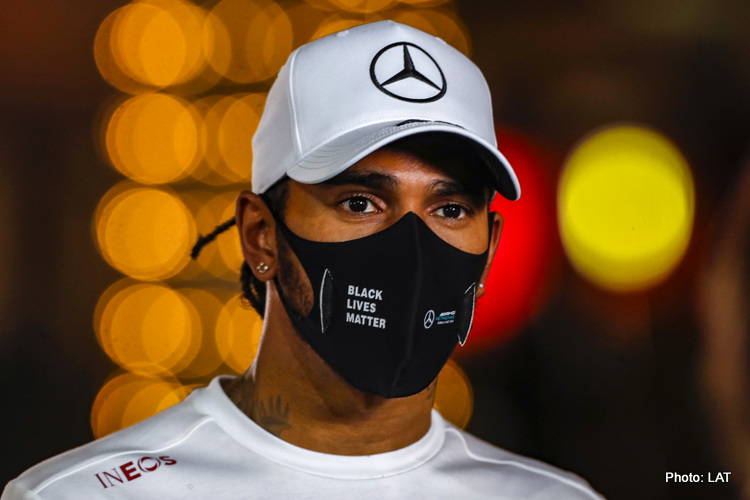 Lewis Hamilton recently questioned the increasing weight of Formula 1 cars, noting the impact on the nimbleness and aesthetic appeal, but critically linking it to the sport’s impact on the environment and sustainability.

“The lighter cars were more nimble, were nowhere near as big, naturally, and so racing, manoeuvring the car, was better. On the tracks we’re going to, they’re getting wider. In Baku it’s quite wide in places and of course it’s narrow in other places.

“Monaco was always relatively impossible to pass, but now the cars are so big that it’s too big for the track. And, as I said, as we get heavier and heavier, that’s more energy we’ve got to dissipate – bigger brakes, more brake dust, more fuel to get you to the locations. I don’t fully understand it.”

No, Lewis. You obviously do not understand it. More and more energy is not being used, it is very clearly defined and limited.

What the Formula 1 Rules State

Article 19 of the 2021 FIA technical regulations not only defines the chemical composition of fuel permitted to be used, it also clearly prohibits the use of power boosting chemical compounds in the fuel make up. Without explicitly stating a metric, the energy density of permitted F1 fuel is fully defined as a result.

Article 30.5 of the sporting regulations limits the amount of fuel consumed by a car during a championship race to no more than 110kg.

Finally, Article 5.2.2 of the Tech Regs defines the acceptable ERS energy flow and charge limits as defined in Appendix 3; a maximum deployment of stored power of no more than 120kw per lap for approximately 33 seconds.

What all this means, very clearly, is that the FIA have very carefully fully defined the maximum amount of energy any car can use throughout a Grand Prix, regardless of the weight of the car.

When the maximum amount of energy is defined, increasing the weight of the car does not make the car use any more energy, because it is limited. However, what it does do is make the driver economise – make that energy last longer so they are able to reach the end of the race.

Hamilton drives for one of the most technically resourced teams in the history of the sport. He has a pool of hundreds of engineers he could consult with on technical matters at his own discretion.

Obviously, this time he did not and he has come out and made seemingly uninformed and incorrect statements. Sorry Lewis, but this time you are wrong.