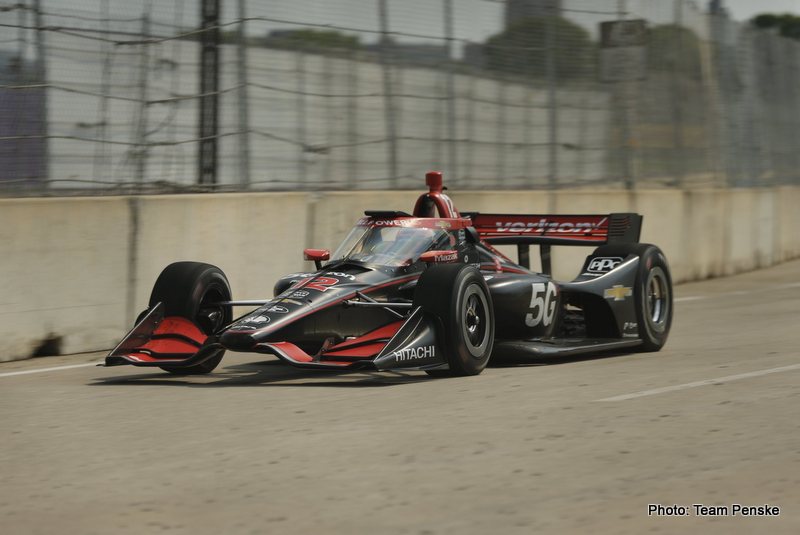 Will Power did not hide his displeasure after a late issue cost him a win at the Detroit Grand Prix on Saturday, claiming that IndyCar do not “listen” to the drivers.

Leading the race with just five laps remaining, the Team Penske racer called out the sport for issuing the red flag following Romain Grosjean’s crash, which lead to his car overheating while stationary on pit road.

With the race set to restart, Power was unable to get his car up and running, gifting Marcus Ericsson the lead in the process.

Power was eventually able to get back onto the circuit and finished 20th, but blamed IndyCar for preventing his team from getting a fan onto his car in sweltering conditions and for stopping the race.

“I’m mad at IndyCar, because I’m the first car in and they wait for the last car to come to get a fan on the car,” he said after the race. “And it roasts the ECU and just going red flag for starters.

“The guys up there in race control never listened to any drivers. They never listen, they don’t care. We’ve given them so many good suggestions, and they don’t care. And I worked my ass off today to have this happen. Like, screaming on the radio, ‘We need a fan, get a fan.’ It was for the car because ECU always overheats. But they wait for everyone.”

Power had looked set to claim his first race win of the season and was clearly frustrated that his hard work had not paid off.

“You work your ass off in this sport,” he added.

“So much money goes into it, and it just dumb decisions like that. Like, there’s not a yellow they throw; it’s some stupid idea like this–a red flag.”

Ericsson was able to hold onto the lead in the closing laps to secure his maiden IndyCar victory, the Swede’s first race win in any category since 2013.