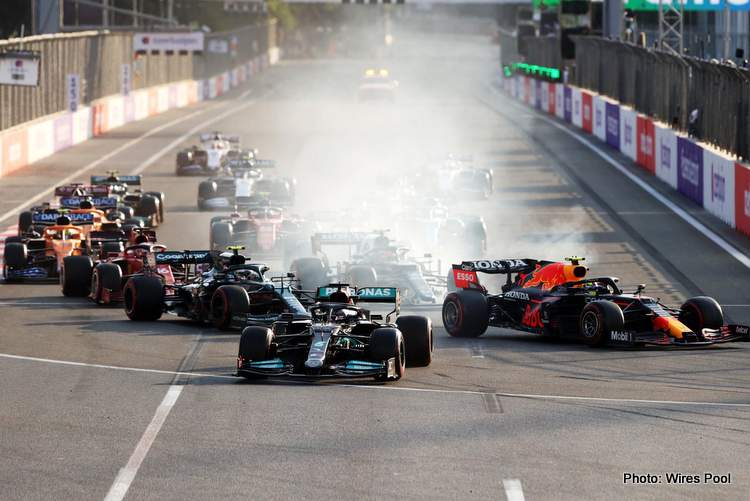 If there has been one criticism of Formula 1 in the past few years, it has been the fact that the championship has been largely processional and such an occurrence has been down to the dominance of Mercedes.

The German manufacturer has possessed a cast-iron grip on the sport since 2014 and although Nico Rosberg was crowned champion in 2016, the paddock has largely been the plaything of one man in particular.

That man is none other than Lewis Hamilton and with the British star landing a seventh championship crown, it put him level with the number of overall accolades that Michael Schumacher has also won.

While it is this haul of championships that added an interesting sub-plot to the events of 2021 and although contract talks dragged on longer than perhaps expected, Hamilton would eventually commit his future to Mercedes once again.

With the ink dried on his latest mega-money deal, the focus has now shifted to Hamilton’s bid for an eighth driver’s championship and one that would see him surpass the legendary Schumacher once and for all.

However, if the pride of British motorsport is to take the top step of the podium all to himself, he may have to do it the hard way and with six rounds of this year’s championship now contested, Mercedes and Hamilton find themselves in a rather unfamiliar position.

One that sees Max Verstappen at the top of the Formula One mountain and although the Dutch driver has won less races than that of his nearest challenger (Verstappen three wins, to Hamilton’s two), he has provided a greater deal of consistency at the same time.

Consistency which has given Red Bull’s main man something of an early advantage in the standings and as the racing circus moves from Azerbaijan to France, it is Verstappen that currently possesses a four-point lead at the top.

An advantage that looked like it was going to be overturned in the final few laps of the recent Azerbaijan Grand Prix and with Verstappen crashing out before the end, the championship pendulum started swinging back to Mercedes.

While that advantage has also generated a considerable amount of interest within the world of sportsbooks and all of a sudden punters are coming to the round to the fact that a new Formula One king could be soon anointed.

The best online bookies have recently slashed the odds for Verstappen to be crowned champion at the end of the year and if he does go on to finally claim what many have predicted he will eventually do, then a mad ending in Baku may just be the pivotal weekend as to why.

With events in Baku being that of a stop-start nature, the worldwide audience were left with something of a rarity and that was a two-lap sprint race to work out who would win the sixth round of this year’s championship.

After much delay in the pitlane, the remaining drivers who had made it to that sprint procedure, were ready and waiting to go and at that juncture, Hamilton could be heard addressing his Mercedes teammates on the radio.

“A marathon not a sprint” is what was picked up by the television broadcasts – a reference to the 2021 championship as a whole, rather than being the first car to take the coveted chequered flag at Baku.

Because by playing the long game and collecting a lower step on the Azerbaijan rostrum, Mercedes’ team leader would have then moved clear in the championship standings and from there an element of status quo would be restored.

However, before the red lights turned to green, a visible flume of smoke could be seen emanating from the number 44 Mercedes and although Hamilton got away with a decent start, his brakes had failed him at the first corner.

Despair for the seven-time champion, delight for the Dutch prodigy who is looking to land his first and although Hamilton would manage to limp home, it was not enough to usurp the son of Jos Verstappen at the top of the points table.

With that said, now is going to be a true test of Red Bull and their ability to land a first drivers’ crown since 2013. They may have a race winning pedigree back in their ranks, but the question is whether they can now go all the way to the end of the season?