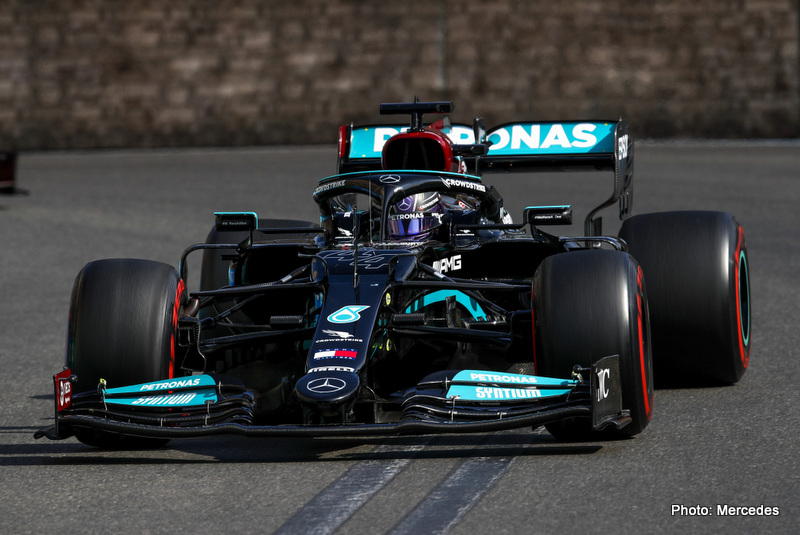 Mercedes technology director Mike Elliot has said that the team need to make it “more difficult” for Lewis Hamilton to make mistakes after his braking error into Turn 1 at the Azerbaijan Grand Prix.

After leader Max Verstappen’s late tyre blowout caused a red flag with just two laps remaining, Hamilton looked to have got ahead of Red Bull rival Sergio Perez at the restart.

However, he overshot the corner, allowing Perez to take the lead and destroying his hopes of taking any points away from the weekend.

Looking back on the incident that saw the seven-time world champion lose his shot at the race victory, Elliot explained the role the “magic button” played and said that Mercedes will look to put a solution in place ahead of the next race.

“It’s our duty to try and give him a car where it’s more difficult for him to make mistakes,” he told the Mercedes YouTube channel. “We need to take our share of that, look at how we can improve that and that’s something we will put in place for the next race.

“I know speaking to Lewis that Lewis sort of feels a chunk of blame. But the reality is Lewis makes so few mistakes and that’s what really sets him apart from some of the other drivers.

“He made a fantastic start, got himself up alongside Perez, and as he and Perez were sort of shuffling position, Lewis swerved, and in the process of swerving he just clipped the ‘magic button’ and unfortunately he didn’t feel he had done it. So, he had completely no awareness he was going to have a problem.”