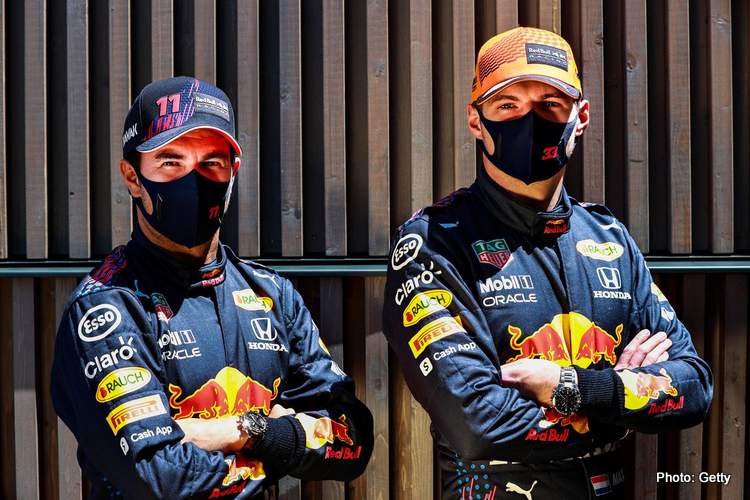 Red Bull were heading for a one-two finish, at the 2021 Azerbaijan Grand Prix, with Max Verstappen and Sergio Perez, until a cruel twist of fate turned what might have been the perfect result bittersweet but Mika Hakkinen is impressed with the team.

Verstappen crashed out while in command when the Pirelli left-rear tyre blew up on his Red Bull late in the race and handed the lead to Perez, who stayed there to rack up his first victory in Blue.

Mercedes scored zero points on a miserable day for them.

In his latest Unibet column, double F1 World Champion Mika Hakkinen reflected on an enthralling race in Baku: “After defending well against Red Bull in the first four races of the season, Mercedes have really struggled at the temporary street circuits in Monaco and Baku, where grip levels are low.

“They will be hoping for a very different outcome in France in two weeks time because, based on what we have seen, Max, Sergio and Red Bull are in an extremely strong position.”

Red Bull have not finished one-two since the 2016 Malaysian Grand Prix, the streak continues but on Sunday, for the first time in a long while, they arrived with a double-pronged attack and effectively turned the team from a one-man show it has been for far too long into a two-man gig.

Hakkinen said of the winner: “Perez won his first Grand Prix six months ago and now has his second, a really important victory for the Mexican driver in only his sixth race for Red Bull Racing.

“He has been employed for his speed, experience and ability to bring the car home, particularly with his reputation for looking after tyres, and he did a perfect job in Baku.

“A brilliant result for him, and an important moment for Red Bull as they now have two drivers able to support the team’s push in the World Championship for Constructors. His win was inherited, of course, but that does not take away from Sergio’s achievement.”

As for the losers, Hakkinen said: “This was the second really difficult Grand Prix for Mercedes. After a bad weekend in Monaco, we expected them to recover in Baku, but it never happened.

“Although Lewis was able to qualify well, you could see in the race that he did not have the performance in his car to pull away from the Red Bulls, and when his pit stop lasted 4.5s against Max’s 1.9s the race lead disappeared.

“Lewis’s mistake after the race restart was not typical of him, but it shows how hard he was pushing to try and make up for his car’s performance issues. After Max’s unfortunate accident, Lewis’s problem provided some balance to the result, but Mercedes will be now looking for answers.

“Valtteri Bottas reported very poor grip all weekend, and could not get the tyres up to temperature quickly enough, a problem which team boss Toto Wolff admits they need to fix,” added Hakkinen, a 20-time Grand Prix winner with McLaren powered by Mercedes.