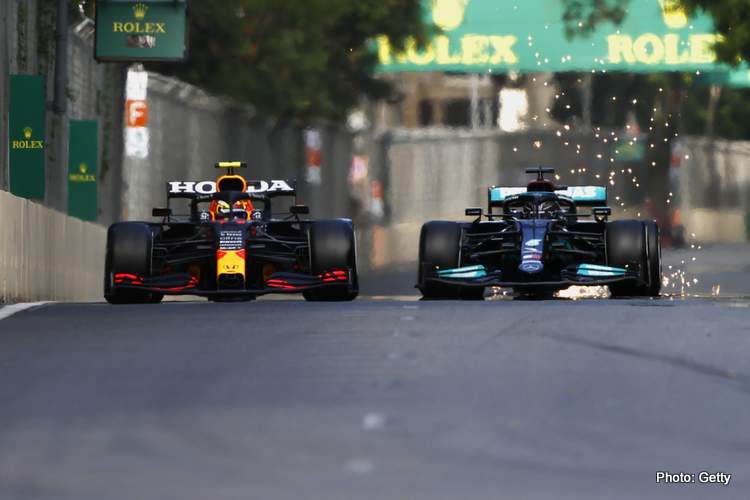 Once-dominant Mercedes are no longer performing at the level needed to win the Formula 1 championship and must get back to their “A Game”, team bosses declared in the wake of the 2021 Azerbaijan Grand Prix.

Mercedes team principal and co-owner Toto Wolff said the last two weeks had been his toughest yet.

Sunday’s sixth round of the season in Baku saw no change at the top of the standings with Red Bull’s championship leader Max Verstappen crashing out but staying four points clear of Mercedes’ Lewis Hamilton.

Seven-time F1 world champion Hamilton failed to score, as did teammate Valtteri Bottas, while Red Bull celebrated their second win in a row, this time with Sergio Perez.

Combined with a disappointing performance in Monaco two weeks earlier, when Hamilton was seventh and Valtteri Bottas retired, the two races were Mercedes’ worst back-to-back results since 2012.

The last time the sport saw two races in a row without a Mercedes driver on the podium was at the end of 2013.

“The emotion of frustration is just so overwhelming at the moment,” Wolff told reporters after the drama-packed race in Baku. “There are lots of things that are not running smoothly as they have in the past few years. Operationally it’s not our ‘A-game’.

“There’s just so much that we need to improve that I just want to get on it right now…in order to make sure that we are actually able to compete for this championship. Because we can’t continue losing points like we’ve done in Monaco and here.”

Monaco and Baku were always seen as tracks where Mercedes might have a harder time, but the dominant team of the last seven years looked jaw-droppingly off the pace in practice in Baku before Hamilton unlocked some performance on Saturday.

He might have won the next day had he not hit a brake button by accident at the re-start after Verstappen’s crash and gone down an escape road.

In Monaco, Bottas had to retire while in second place after the team were unable to remove a wheel at his pitstop. It finally came off at the factory some 43 hours later.

“In the last two races, we haven’t been good enough. Not fast enough, we’ve made mistakes, we struggle to switch the tyres on and we’ve been on the back-foot through free practice,” added trackside engineering director Andrew Shovlin.

“We know the level it takes to win championships and we’re not at that level right now so we need to re-group and come back performing the way we know that we can.

“We have the team, the car and the drivers to win this, but we need to be tough and honest with ourselves over the next few days,” insisted the Mercedes man.  (Reporting by Alan Baldwin)

We know the level it takes to win championships and we’re not at that level right now so we need to re-group and come back performing the way we know that we can.

We’ve had days like this before and each time we’ve come back strong and we’ll look do that in France. 🤜🤛 pic.twitter.com/o0LiSZaix9