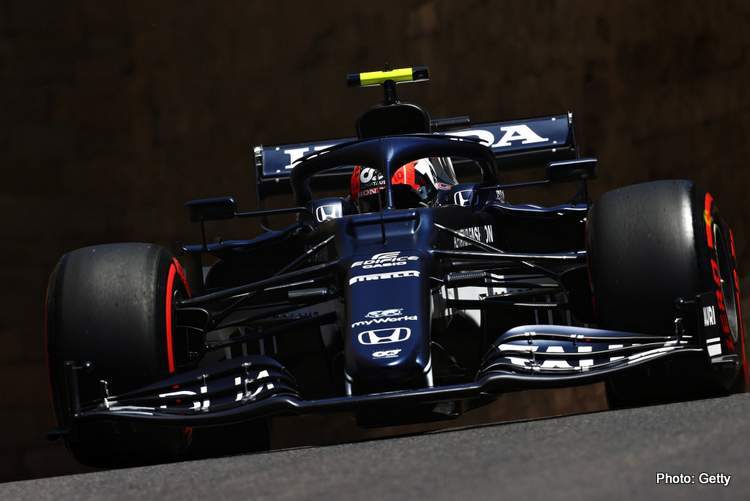 Pierre Gasly shook up the Formula 1 form book by setting the fastest time in FP3, setting the stage for an unpredictable qualifying for the Azerbaijan Grand Prix.

In the session, Red Bull ace Max Verstappen blotted his weekend by crashing out of FP3 and with it compromising his qualifying session.

Around halfway through the hour morning session in Baku, with drivers prepping for their qualy simulations, Verstappen overdid it in Turn 15 – the Wall of Wannabe Champions – bending the RB16B as it crunched into the barrier much like Charles Leclerc did a day earlier.

This one of many incidents during the action-packed hour session.

At the sharp end, with everyone in a hurry, it became pretty chaotic in the final moments with ever-impressive Gasly emerging the fastest by a whopping three-tenths of a second over Red Bull’s Sergio Perez in second.

Gasly effort was stellar and Honda have clearly found some magic for the city street circuit, how it translates tin qualifying will be interesting. Rookie Yuki Tsunoda, who never drove the Baku circuit, was eighth.

But in fairness, the entire session only threw up more questions as Lewis Hamilton ended third after ending Friday out of the top ten.

Ferrari duo Charles Leclerc and Carlos Sainz were fourth and fifth respectively indicating that their form is still around, albeit the best of the Reds a half-second shy of the top time.

Lando Norris was sixth in the McLaren, three-quarters of a second off Gasly and six tenths up on teammate Daniel Ricciardo in tenth.

Alpine’s good pace continued with Fernando Alonso seventh and Esteban Ocon ninth, the Spaniard showing signs of his former self this weekend.

FP3 has only made predicting what will happen in qualifying pretty much a lottery. Verstappen is sure to come out firing to make amends for his mistake. He and Perez should start as favourites for top spot; Ferrari have some serious firepower to play with so expect the Reds to feature; as for Mercedes, who knows?

Whatever the case, we are in for an entertaining afternoon in Baku, where ‘catching a tow’ at the right time will be decisive at a venue where the smallest mistakes are punished. Ask Max, and Charles. 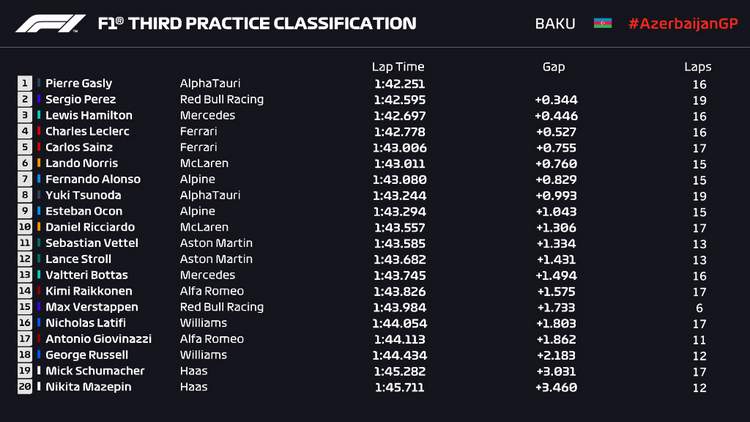