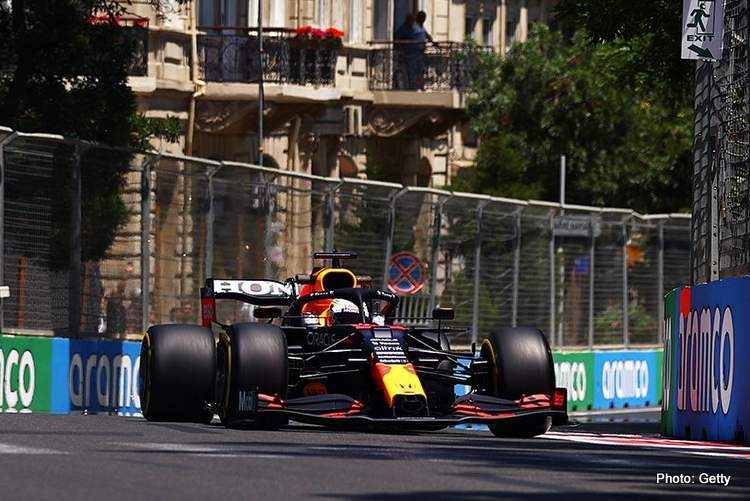 Max Verstappen signalled that his dominance in Monte Carlo might carry over to the streets of Baku after the Red Bull driver topped the standings at the end of FP1 for the 2021 Azerbaijan Grand Prix.

Although two vastly differing city centre race tracks, the RB16B was hot in Verstappen’s hands as he blasted around the ancient city in 1:43.184 on the Pirelli soft tyres to claim the top spot on the timing screens at the end of the hour session.

He might have even gone faster in the session had an errant Nikita Mazepin not got in his way. Nevertheless, it was a mere 0.043 of a second shy of Charles Leclerc in the Ferarri, who set his best time on the harder tyres.

Carlos Sainz was third quickest, albeit three tenths shy of his teammate suggesting that the Scuderia’s Monaco ‘anomaly may carry over to Baku.

Sandwiching the Reds was Sergio Perez in the other Red Bull, the veteran nearly half a second down on his teammate’s benchmark time.

After his forgettable Monaco, Daniel Ricciardo has promised to reset, and he did on Friday morning with the fifth-fastest time, fractionally quicker than AlphaTauri’s Pierre Gasly in sixth and a quarter second faster than Lando Norris who was eighth in the other McLaren, a spin on a fast lap did him no favour.

Reigning F1 World Champion Lewis Hamilton was seventh, seven-tenths down on Verstappen and nearly a full second up on his Mercedes teammate Valtteri Bottas. The Finn good for tenth, but a massive 1.7 seconds off the pace.

Fernando Alonso was ninth in the Alpine. 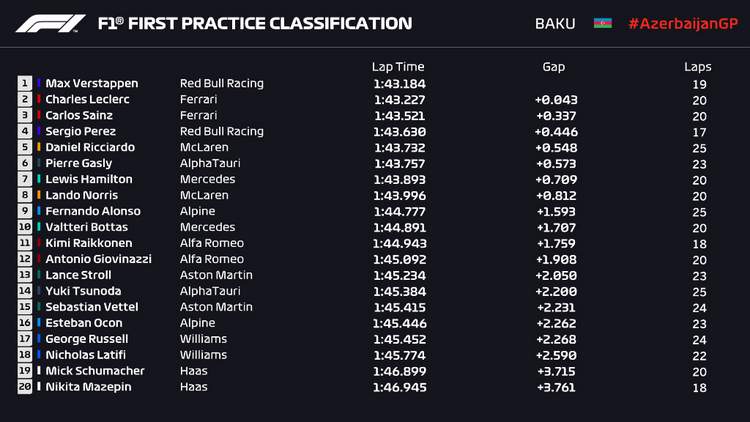