Verstappen: I can’t be bothered by mind games 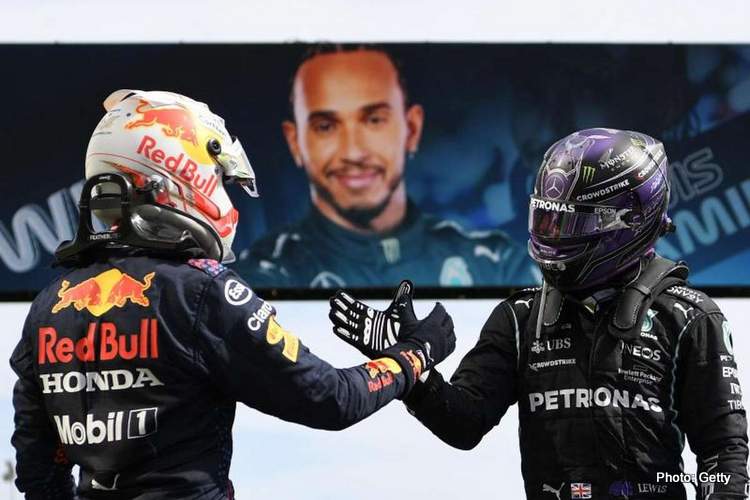 Max Verstappen has said that he cannot be bothered with “mind games” in his Formula 1 title fight with Mercedes rival Lewis Hamilton.

The two drivers are separated by just four points at the top of the standings, although there has largely been plenty of respect shown across the opening five races, something that Verstappen feels is “important”.

The Red Bull driver currently has two wins to his name, including a dominant victory in Monaco last time out and said that he just wants to focus on his driving.

“If they come, I can’t be bothered by it, to be honest, mind games,” Verstappen said. “I think also Lewis said after the race he doesn’t want to play those things, so we just have to focus on what we have to do on the track anyway, which I think we do, and that’s also the best.

“I mean, whatever is said in here sometimes, at the end of the day, it can be a bit emotional sometimes, after a race or before a race and it also sometimes depends on how you get the question asked, so it’s all right. I think Lewis and I, we really respect each other and I think that’s very important.”

Verstappen is looking to extend his championship lead at the Azerbaijan Grand Prix this weekend and the Dutchman admitted that he was looking to avoid any “drama” during the race.

The 23-year-old has never finished on the podium at the Baku City Circuit and famously collided with former Red Bull teammate Daniel Ricciardo back in 2018.

“So far, it’s never been in my favour here,” he added.

“That is not something you look forward to – the drama. You know a lot of things can happen around here and there’s always a lot of action in like a restart or whatever. You just try to make sure that you’re on top of it.”