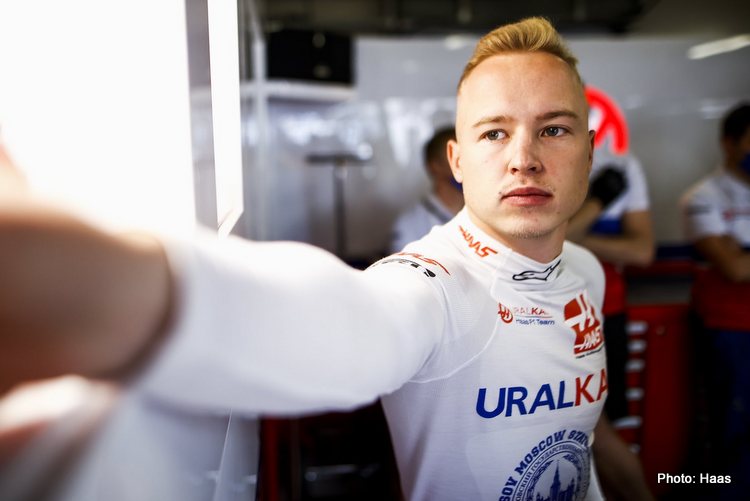 Nikita Mazepin believes that he made a breakthrough in Monaco thanks to the help of team boss Guenther Steiner.

The Russian said that he has made changes to his “way of working” with the Haas crew which enabled him to put on a more respectable performance in Monaco and finish ahead of teammate Mick Schumacher for the first time.

Schumacher was ordered to let Mazepin by after the German was plagued by a car issue during the Monaco Grand Prix. Regardless of pace, Mazepin kept out of the headlines and out of the barriers in a weekend which should serve as a major confidence boost for the 22-year-old.

Speaking to the media on Thursday, Mazepin explained that a discussion he had with Guenther Steiner led to a change in his preparation and practice in Monaco.

When asked whether he would describe the Monaco weekend as a breakthrough, Mazepin replied:

“Yeah, for sure. I probably didn’t expect it to be so sudden but big steps or small steps, as long as we’re moving forwards that’s what I’m aiming for.

“It’s something I’ve discussed with Guenther [related to] the way of working with my engineers and the team in general and he supported me. Hopefully, we’ve agreed that that way of working is positive and we can carry [on] that trend.”

Mazepin has had a tough start to his Formula 1 career due to his on and off-track activities. However, he believes that he has made progress inside the cockpit and has already learned a considerable amount.

“I remember Guenther saying to me at the first race that it will be incredible how much you’ll be able to say to yourself that you have learned in the first five races.

“I can see that this wise advice has really come true. I am much more comfortable in the car than the first time I got to know it.

“In the last few rounds, we’ve taken a very positive upwards curve in my little team. We go to the track every morning smiling so we’re in a good place,” added Mazepin.