Horner: I hope the title fight goes all the way to the wire 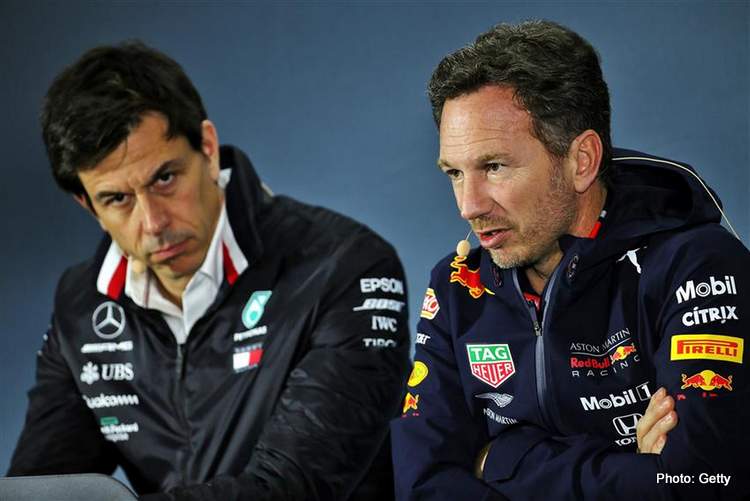 Christian Horner hopes that the Formula 1 title fight between Mercedes and Red Bull “goes all the way to the wire” after a tightly-fought start to the season.

Mercedes looked to be holding the slight advantage four races in, but Red Bull hit back in Monaco as Max Verstappen claimed the win, putting himself to the top of the drivers’ standings, four points clear of Lewis Hamilton, and the Milton Keynes outfit top of the constructors’ championship.

The team will be hoping to build on that momentum this weekend at the Azerbaijan Grand Prix in Baku, while Mercedes and Hamilton will need to respond following a disastrous weekend in Monaco.

Red Bull have not been a genuine title contender since their last world championship victory in 2013, while Mercedes last faced a challenge back in 2018 from Sebastian Vettel and Ferrari.

Looking ahead to what promises to be a close battle throughout the year, Horner said that he hopes it remains tense, but admitted that his nerves may not be able to handle it.

“I hope it goes all the way to the wire,” he said. “That’s what the fans would love to see, although I don’t know if my nerves could take it.

“If we could put Mercedes under that kind of pressure, because they haven’t had that, only internally over the last seven years.

“We love racing them, and there’s nothing more exciting than racing Lewis Hamilton, and that’s what we want to do.”

Free practice for the Azerbaijan Grand Prix gets underway at 12:30pm local time on Friday.